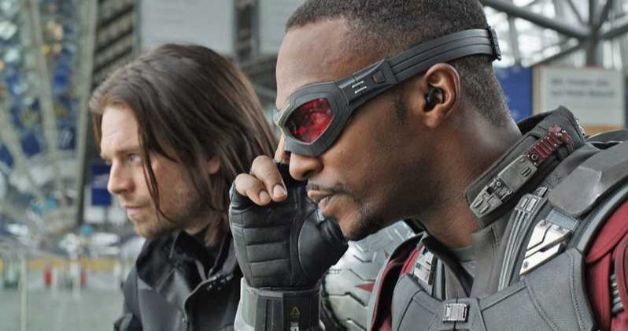 While it has been known for a while now that Marvel will be launching original content on the Disney+ streaming app there has been plenty of speculation as to what will be a part of their new lineup.  Initially, it was reported that we would get a Loki show and a Scarlet Witch show but there hadn’t been much confirmation outside of those shows until now. The Winter Soldier actor Sebastian Stan took to Instagram to show off the new logo for his upcoming Disney+ show Falcon and Winter Soldier. His reaction, however, isn’t as revealing as you might think.

You can see his reaction to the logo below:

From the look of things, Sebastian Stan doesn’t have very strong emotions about the upcoming series.

Along with this image, Disney has confirmed that both Anthony Mackie and Sebastian Stan will reprise their roles as Sam Wilson a.k.a Falcon and Bucky Barnes a.k.a The Winter Soldier. With the official announcement of this show, it seems that we will be in store for more odd couple missions that we caught a bit of a glimpse of in Captain America: Civil War. While the fate of these characters is still unknown after them both being dusted by Thanos’ snap it seems there are still adventures to come. Are You excited for a Falcon Winter Soldier series? Which Marvel character do you hope gets their own Disney+ show? Comment down below!

Stay tuned to Heroic Hollywood for the latest news on the Falcon and Winter Soldier series for Disney+.

Sebastian Stan’s character The Winter Soldier and Anthony Mackie’s character Falcon are both expected to return in Avengers: Endgame. Here is a plot synopsis for the upcoming film: