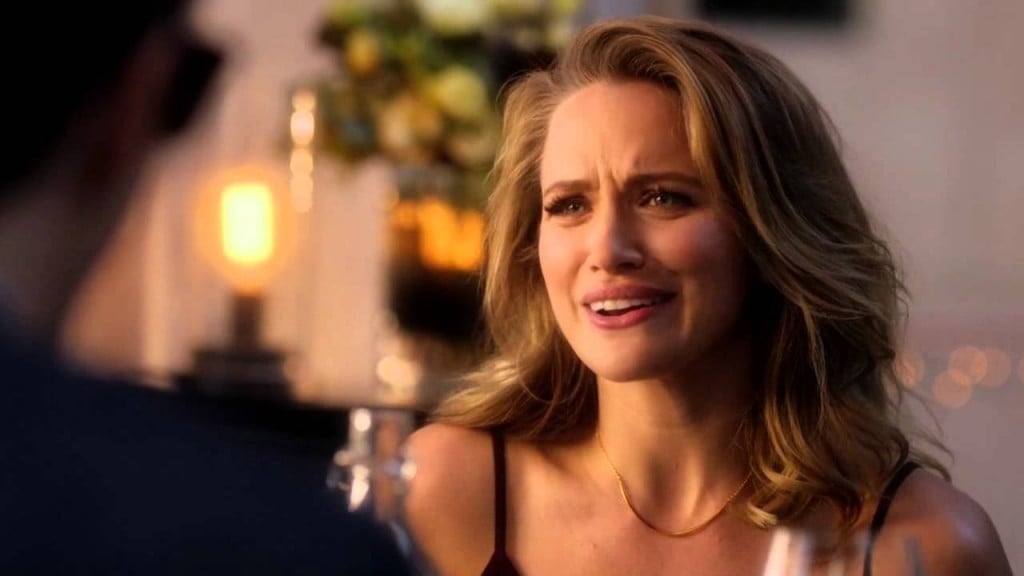 The last time we saw Patty Spivot in The Flash was about half way through season two, when she left town after being kidnapped by The Turtle. She told Barry she would stay in Central City if he admitted to her that he was The Flash, which he did not because he wanted her to be safe from Zoom. After leaving, she confirmed her suspicions by falsely alerting Barry there was a gunman on her train, which led him to superspeed to her side, proving once and for all she was right. In the end, she still ended up leaving the show, but as it turns out we may have not seen the last of her after all.

Shantel VanSanten, the actress who plays Patty, teased a possible return for her character. At a benefit in Orlando for the victims of the tragic mass shooting at Pulse Nightclub (100% of the profits went to the victims), VanSanten was asked about Patty and if her character would ever be making another appearance on the show. Check out her response:

“There is a very strong possibility if everything works out.”

VanSanten responded to the question with a large smile on her face. It looks as if we may not have seen the last of Patty Spivot, which may not be all that great for our protagonist, considering Iris and Barry finally confessed their love for each other at the end of season two. Flashpoint could easily change all that though. Also, we don’t yet know if Patty will be the original Earth-1 Patty, an Earth-2 doppleganger, or perhaps even from another timeline. Luckily we don’t have very long to wait until the return of season three to find out.

Are you excited to hear Patty Spivot may be returning to The Flash? Let us know below in the comments!

The Flash returns to the CW on Tuesday, Oct 4th at 8pm.