Sofia Boutella stars in the latest poster to be released for the upcoming movie, Star Trek Beyond. The poster shows her character, Jaylah in the command chair of the Enterprise. Little is known about Boutella’s new character in the Star Trek universe, other than the crew of the USS Enterprise encounter her whilst pursing an unknown enemy, believed to be Idris Elba’s character, Krall.

Check out the new poster for Star Trek Beyond below 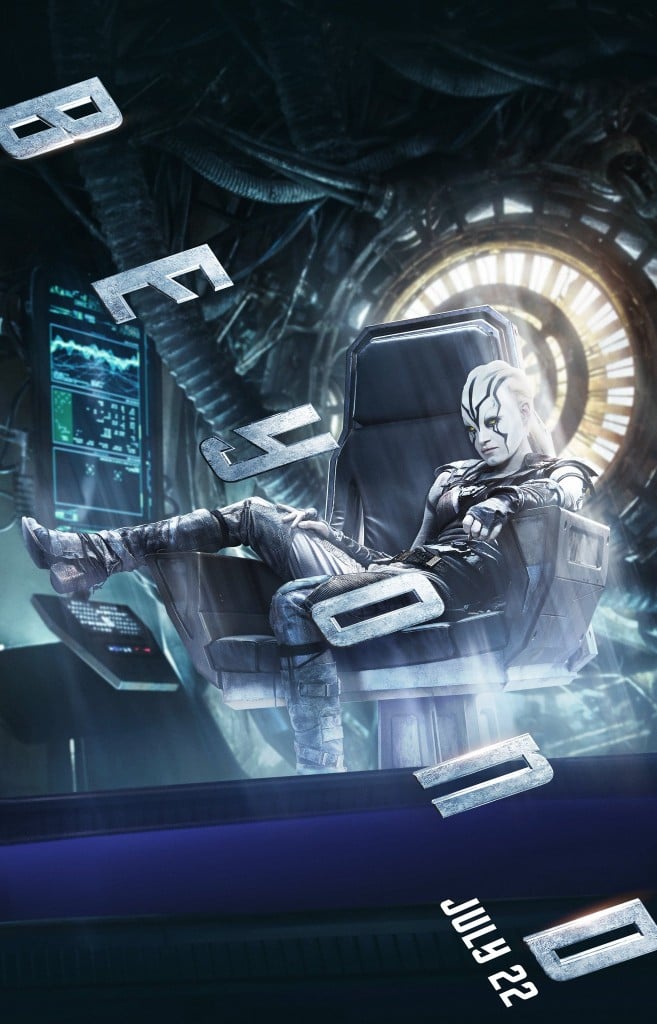 Boutella won the role of Jaylah after her breakout performance last year in Matthew Vaughn’s Kingsman: The Secret Service. She has also been cast in the Universal Monsters reboot, The Mummy, starring alongside Tom Cruise and Russel Crowe. This will be a part of Universal Studios larger shared universe focusing on their classic movie characters.

Star Trek Beyond opens in theaters July 22 and is directed by Fast and Furious alum, Justin Lin.