In addition to all of the production problems Solo: A Star Wars Story has gone through, it seems as if the people designing the posters for the film potentially ripped off a series of album covers made for Sony Music France.

The artist of the original album covers in question, Hachim Bahous took to Facebook to voice his complaints with a side by side comparison of the album covers and the Solo posters: 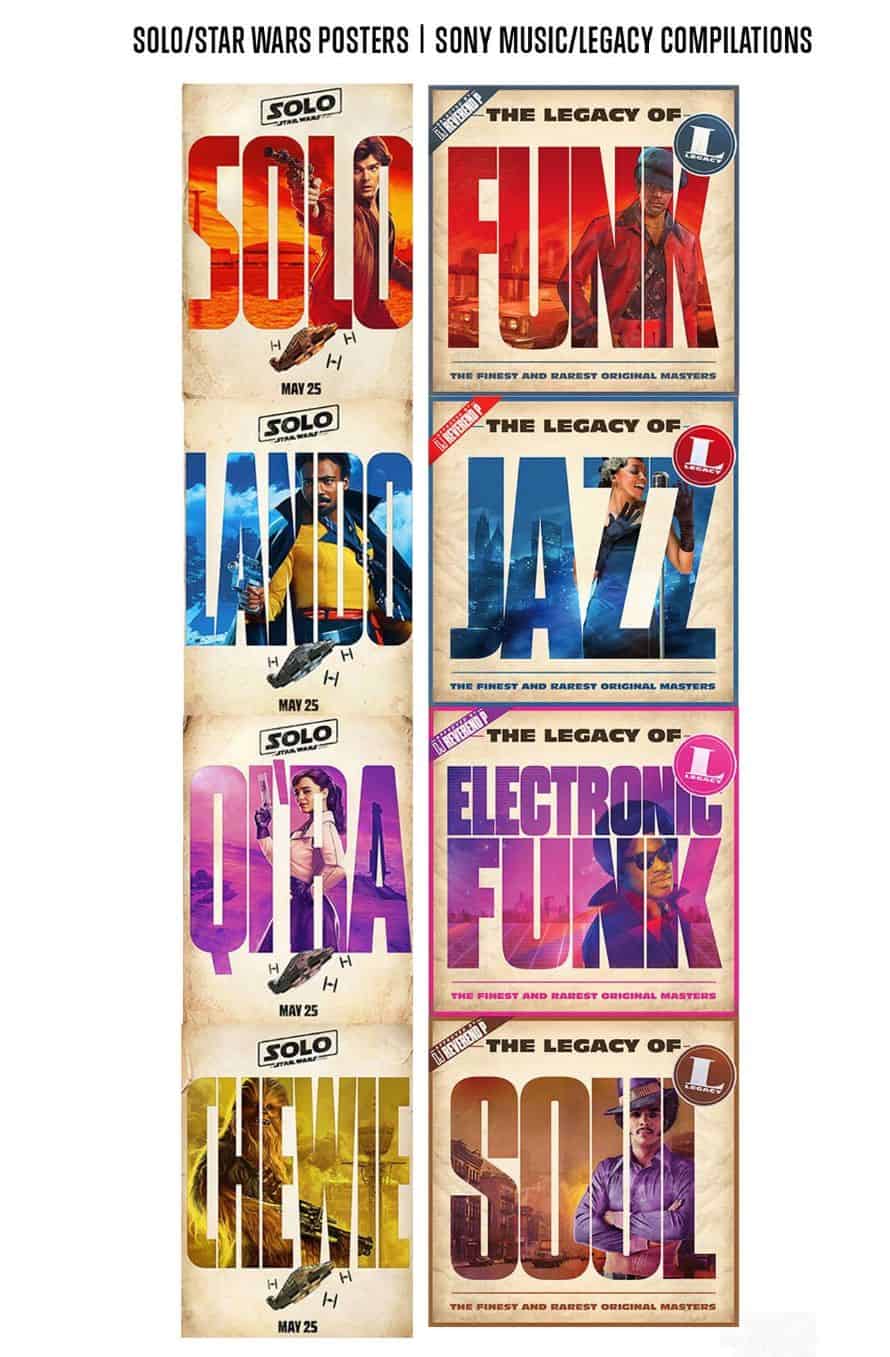 Here is Bahous’ official accusation against Disney, courtesy of his Facebook:

“Left the official posters of the next Star Wars (Disney), right the compiles for which I made the creation in 2015 for Sony Music France / Legacy Recordings France following the brief of the project leader Romain ‘Rpiz’ Pizon.
I am flattered that the quality of my work is recognized, but it is still pure and simple forgery, I have not been asked for my permission, I wish to be credited and paid for this work I have done for Sony!
A thought for everyone who worked hard on this very beautiful project: Dj Reverend P (Patrice Larrar), Richard Lecocq, Aurélien Orel, David Hachour, Yazid Manou and Yazid Manou So Romain ‘Rpiz’ Pizon.
#LegacyOfStarWars“

Looking at the comparison, it’s hard to argue that the posters don’t have similarities with the album artwork. They feature similar color schemes, font styles and character placements so it’s easy to see why the artist might think his work was copied. It is currently unknown whether or not the people at Disney knowingly did this or if they had obtained the rights to the art work from Sony at some point. But it appears that Mr. Bahous feels as if he has been wronged in some way and wants to be compensated for his work.

This, sadly, is just the latest in a long line of issues to plague the latest Star Wars film and will likely be a footnote in its production. The film was originally directed by Phil Lord and Christopher Miller but were fired by Lucasfilm after principal photography concluded due to “creative differences”. The rest of the work was done by Academy Award-winner Ron Howard who was brought on to complete principal photography and additional reshoots.

Here is the synopsis for Solo: A Star Wars Story:

Board the Millennium Falcon and journey to a galaxy far, far away in Solo: A Star Wars Story, an all-new adventure with the most beloved scoundrel in the galaxy. Through a series of daring escapades deep within a dark and dangerous criminal underworld, Han Solo meets his mighty future copilot Chewbacca and encounters the notorious gambler Lando Calrissian, in a journey that will set the course of one of the Star Wars saga’s most unlikely heroes.