Sonic the Hedgehog Halloween masks are going on sale and they may be more terrifying than the titular character’s live-action design.

By now, few need to be reminded of the outcry over the design of the live-action Sonic the Hedgehog design. The negative reaction was so strong that Paramount Pictures opted to redesign the blue speedster and postpone the release of Sonic the Hedgehog to give animators enough time to complete their work.

Unfortunately, it appears the individuals responsible for designing the Halloween costumes for Sonic the Hedgehog didn’t get the chance to redo the character’s look and some might consider the Halloween masks worse than the movie design. Ranging from costs of $49 to $19, the Sonic masks are sure to amuse fans who might be looking for an unexpectedly creepy costume for this year’s Halloween.

Check out two of the Sonic movie Halloween masks below! 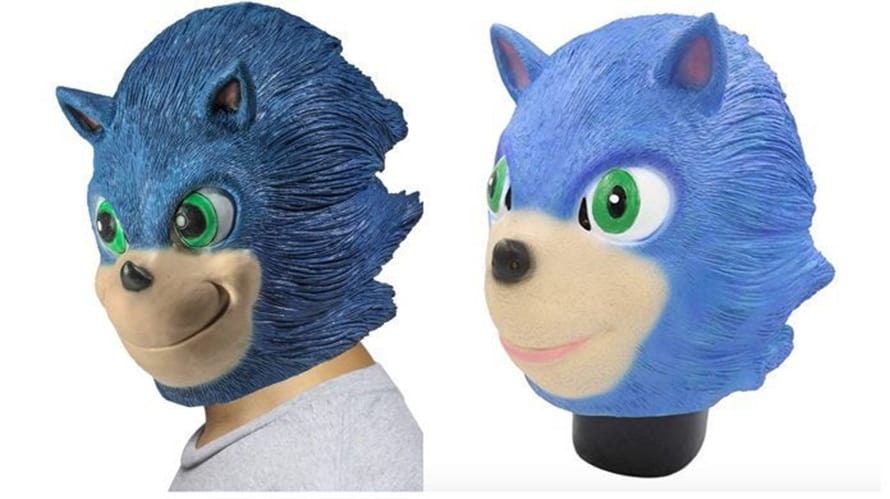 Paramount’s Sonic the Hedgehog is set to follow small-town sheriff Tom Wachowski (played by Westworld star James Marsden) and the titular Hedgehog as they embark on a road trip in a race against time to recover the blue hedgehog’s rings before the evil Dr. Robotnik (Jim Carrey).

Here is the official synopsis for Sonic the Hedgehog:

SONIC THE HEDGEHOG is a live-action adventure comedy based on the global blockbuster video game franchise from Sega that centres on the infamously brash bright blue hedgehog. The film follows the (mis)adventures of Sonic as he navigates the complexities of life on Earth with his newfound – human – best friend Tom Wachowski (James Marsden). Sonic and Tom join forces to try and stop the villainous Dr. Robotnik (Jim Carrey) from capturing Sonic and using his immense powers for world domination.

Sonic the Hedgehog hits theaters on February 14, 2020. Stay tuned for the latest news regarding the Sonic movie!