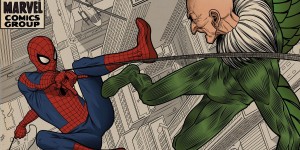 It appears as though everybody’s favourite web-head is heading back to the Big Apple! Unlike the past Spider-Man film series (The Amazing Spider-Man franchise) which shot almost entirely in New York City, Marvel’s first solo outing for the wall-crawler has been filming in Atlanta for the past few months. The excitement for the film is through the roof as this is the second time Spider-Man will interact with the greater Marvel Cinematic Universe. As filming is coming to a close, Tom Holland and co. are heading to Spidey’s homeland, NYC for the last portion of filming. Holland revealed that filming was coming to a close on Instagram last night, uploading a photo of himself and his dog, with the caption “3 more weeks.”

On Location Vacations revealed that filming will occur in Astoria on the 26th of September (which is next weekend). Filming will take place on 31st Street off 23rd Avenue. The film’s working title, Summer Of George, a fantastic Seinfeld reference for those of you who understand, is evident on posts all over the city. If I were not in Australia right now, I would be booking my flights to New York City to catch a glimpse of the new Spider-Man film in action.

With filming coming to a close, one would expect a trailer within the coming months. Is a release before Doctor Strange too out of the question? Probably. But one fanboy can hope, right?

You can catch Spider-Man: Homecoming when it swings into theatres on July 7, 2017.