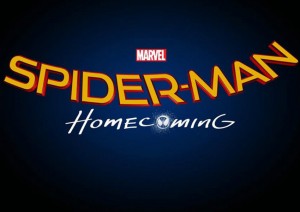 An interview given by Hannibal Buress yesterday throws weight behind a previously leaked call sheet.   The rumored call sheet surfaced online on Reddit three weeks ago for Spider-man: Homecoming and sent social media into a frenzy on the legitimacy and some of the shocking revelations, like Bokeem Woodbine as The Shocker. The call sheet (pictured below) had some interesting roles and names that would be included in the latest reboot. Many on social media doubted the legitimacy (claims that it was photoshop, doctored word doc), but Hannibal Buress is seemingly confirming that the call sheet is for real.

While a guest of Power 105.1 Breakfast Club, Buress discussed a variety of topics, one of them being his roles in upcoming movies. When asked about his role in Spider-Man, Buress had this to say:

In Spider-Man, I play a gym teacher. I play one of the dumbass characters that don’t realize he’s Spider-Man. [My character thinks] ‘He’s Peter Parker. Oh man, this guy’s really athletic!’

This lines up perfectly with the call sheet, which lists Hannibal Buress’s role as Coach Wilson at Peter Parker’s Midtown Science and Technology School. This also means that Bokeem Woodbine is indeed The Shocker! What do you think? Any other roles that jump out at you?