The first Spider-Man: Homecoming trailer will make its debut later today during Jimmy Kimmel Live, but USA Today has now revealed our first official look at Tom Holland as the wall-crawler in the Jon Watts-directed movie.

Speaking with the site, Holland shared some details about the highly anticipated movie, which he described as “more a character piece about this kid who’s struggling to talk to girls and also struggling to save the city,” as well as Michael Keaton’s Adrian Toomes, a.k.a. the Vulture, who we’ll likely see in the upcoming trailer:

“The first time we see the Vulture is terrifying. It’s like a horror movie: really scary, very intense and shocking.”

USA Today reveals that Keaton’s Vulture is “an average Joe with criminal tendencies and a wicked wing suit,” so his take on the classic Marvel villain will definitely be interesting to see. Watts added:

“It’s fun to think that if Spider-Man is a regular kid who becomes a superhero, there’s got to be a bunch of regular guys who become supervillains, too.”

You can check out the photo below. 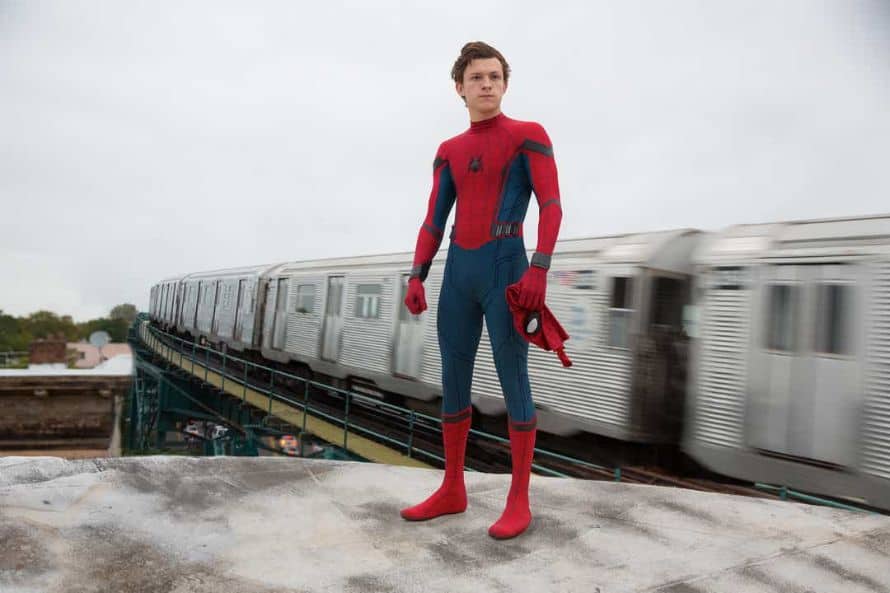