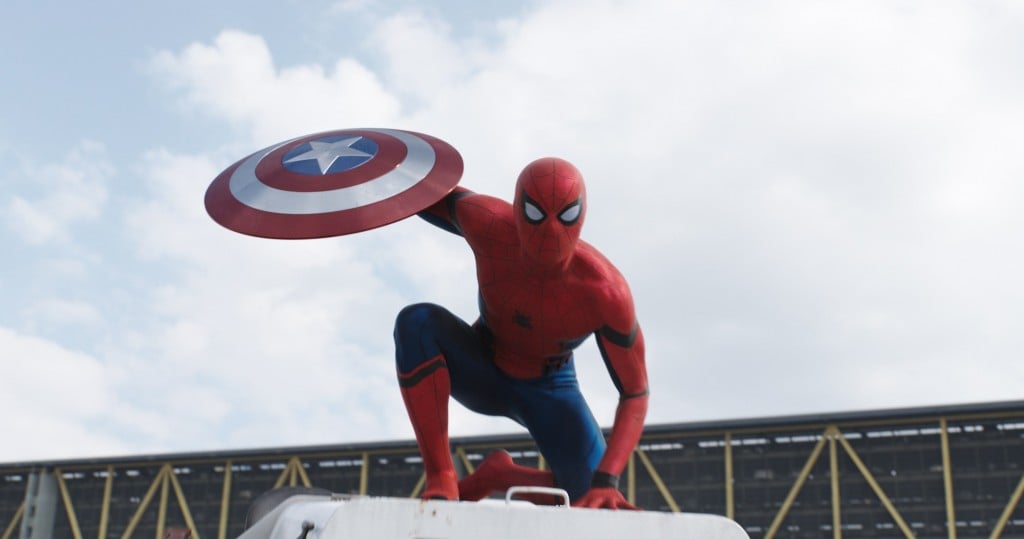 Spider-Man: Homecoming is currently filming  in Atlanta, Georgia  and photos have appeared online from some of the outdoor filming including a set of images courtesy of Looper. The photos show Holland in full costume in a scene involving a cement truck. The interesting fact is the license plate on the cement truck reads Washington, DC.  This would indicated that during the film Spider-Man may have to hitch a ride to or from Washington, DC as in some of the photos he appears to be hiding inside a concrete cylinder. He can also be seen in the filming to be wearing his backpack, suggesting that perhaps Peter Parker had recently been at school when he needed to head to DC or perhaps he was even on a class field trip when he had to make a dash back to New York City.