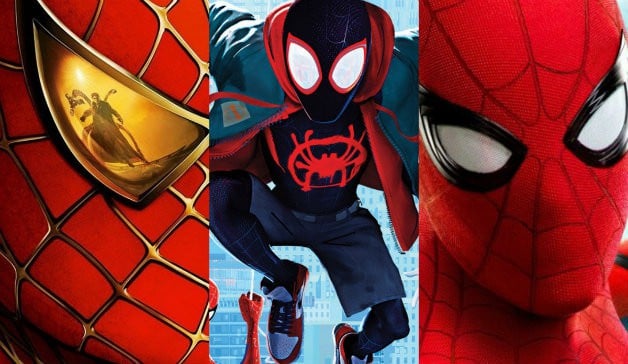 Spider-Man is one of the most popular and iconic characters in comic book history. With this being said it is no surprise that Peter Parker has made many appearances on the big screen. This includes his most recent endeavor in the Marvel Cinematic Universe in this year's Spider-Man: Far From Home. The character continues to be as popular as ever, but it’s time for us to take a look back at his big screen history and rank them from the worst to the best films about the wall-crawling web-slinger.

With any ranking list, opinions will vary so we would encourage you all to let us know in the comments what your favorite or least favorite Spider-Man films are. Now on to the list! 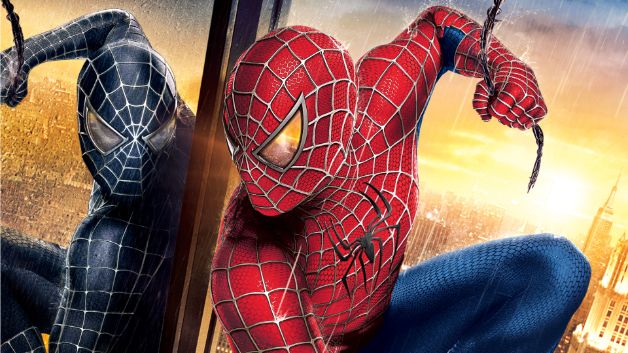 This is the film that singlehandedly killed the first Sam Raimi Spider-Man film series. The film introduced audiences to new villains that all came together to prove the point that too many villains made it feel rushed.

It’s also notorious for its poor depiction of fan-favorite character Venom played here by Topher Grace. The film also features the scene in which under the influence of the symbiote, Peter does a hilariously awful dance.

With this diversion into the Venom storyline, Raimi’s third film took away from the potentially interesting Sandman story that should have been its main focus.

The most painful aspect of this film is that it had a lot of potential going into it, but it failed what it set out to do and disappointed fans thoroughly. 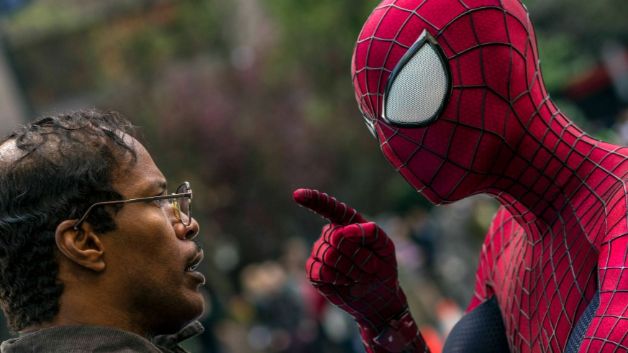 This film takes a page from the Spider-Man 3 book and falls into some of the same pitfalls that Sam Raimi's final Spider-Man film did.

It does have its moments: the chemistry between Gwen and Peter and the execution of Gwen's death from the comics, but the villains in this film were poorly handled. Jamie Foxx is a fantastic actor, but his portrayal of Electro is one of the most unintentionally silly performances I have seen in a comic book movie.

In addition to this issue, Harry’s transition into the Green Goblin was incredibly rushed. There were some great ideas and moments that worked well, but the villains were mishandled so it secures this spot on this list. 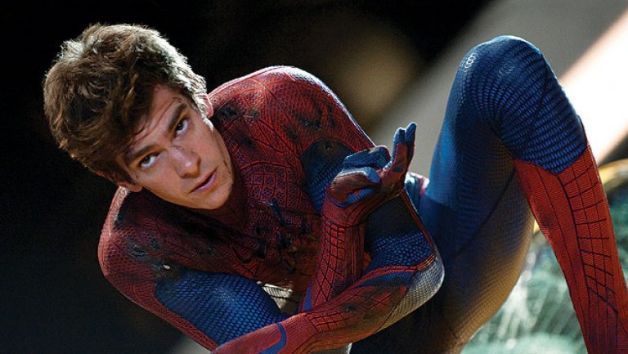 Marc Webb’s first step into adapting Spider-man was a success. It was a new take that introduced the more wise-cracking elements into the portrayal of Peter Parker. It was a slick and stylish reimagining for the big screen that could be argued it was closer to the comics than the Sam Raimi films were.

It also introduced Gwen Stacy into the storyline and gave Peter his mechanical web shooters, which was very different from Raimi’s decision to have Spider-Man's webbing produced organically. Andrew Garfield and Emma Stone have incredible chemistry in their respective roles. The film is a fun one that deserves a solid spot on this list. 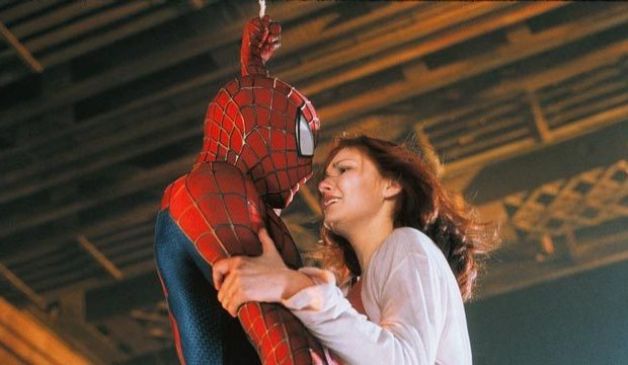 Sam Raimi’s first Spider-Man film was a massive success and continued to prove that superhero films could be financially successful.

This film also was a success critically as it captured the tone of the character very well and made for a fun, light-hearted fair that is still entertaining to this day. Raimi made a big, fun film that satisfied audiences and was successful enough to birth a franchise. 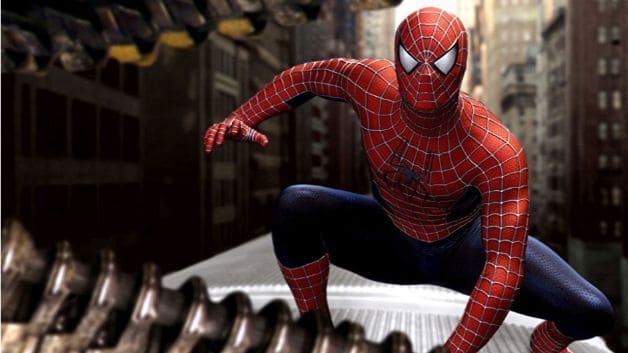 In my opinion, Raimi nailed the tone of the character and made this one the best film in his Spider-Man series.

The success of this film lies with the characters. In this film, Peter Parker and the rest of the main characters have moved forward in their lives and are now tackling much more challenging obstacles.

In addition to the returning cast, though, the film also gave us the big screen introduction of Doctor Otto Octavius, who is played brilliantly by Alfred Molina. The character of Doc Ock is multifaceted and sympathetic, which gives him more depth than remaining a static evil for evil’s sake character. 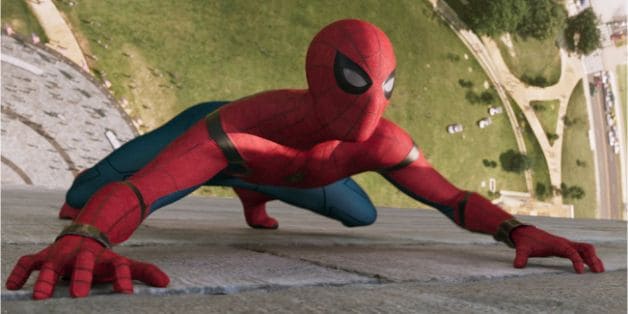 Spider-Man: Homecoming felt like a new beginning for the Spider-Man franchise. The John Hughes-vibe and the gut-busting humor absolutely nailed it for me. The film’s plot is very simple but does a very good job in surprising you when you least expect it. The film properly builds upon the universe what Marvel has created, while building a niche for Spider-Man to handle.

Tom Holland plays Peter Parker and Spider-Man like he was created by Stan Lee himself. He’s smart, persistent and he just wants to do a good job as a hero. You get to see just what it would be like if a 15-year-old kid suddenly got superpowers and Holland does an amazing job leading Homecoming. Robert Downey Jr. doesn’t have as big a role as the marketing would suggest, but his presence looms large over the film.

With its very diverse cast, great performances, humorous plot and a very strong antagonist in Michael Keaton's Vulture, Spider-Man: Homecoming finds a way to make you laugh and have a really good time at the theater. 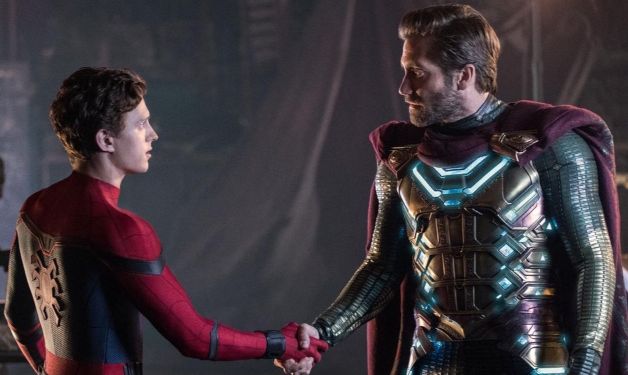 Jon Watts perfectly balances out the heart, humor, and heroics of this adventure as he bears the responsibility of closing out the final chapter of the Infinity Saga and taking Marvel’s first step forward as the world is beginning to move on from Thanos’ decimation.

Part of Watt’s success with the film’s balance lies in its pace. Some of the exposition may come across a bit heavy-handed at times. But these moments don’t hinder the film’s progression as they are peppered in far and few between and quickly get back to Midtown High’s European vacation or the film’s exhilarating action sequences that feature some of the best action we’ve ever had in a Spider-Man film, thanks to Peter Parker beginning to truly develop his skills as the webhead. The result is victories that feel more earned or losses that are even more heartbreaking. Some of the major action sequences will have long time Mysterio fans shocked in disbelief as certain moments that may have seemed impossible to bring to life are executed at such a high level with a clear reverence for its source material.

At its core, Far From Home is a smaller, more personal story compared to recent installments of the Marvel Cinematic Universe such as Avengers: Endgame, which allows for meaningful growth of Spider-Man’s character throughout the film. Tom Holland’s Peter Parker reverts to being a rather reluctant hero, clutching on to his youth as he buckles under the pressure of being the next Iron Man. But this inner struggle allows Tom Holland to deliver his best and most layered performance as the web-slinger yet as he discovers a warm and endearing mentor-mentee relationship with Jake Gyllenhaal’s Mysterio – a void Peter is looking so desperately to fill. The star also gets to share plenty of humorous and heartfelt moments with the supporting cast, especially Zendaya, whose talents are also much better utilized and serviced this time around, and Jon Favreau who takes on a bigger role than he had in Homecoming.

Overall, Spider-Man: Far From Home might be the most rewatchable Marvel film yet and will leave Spider-Man fans clamoring for what comes next. 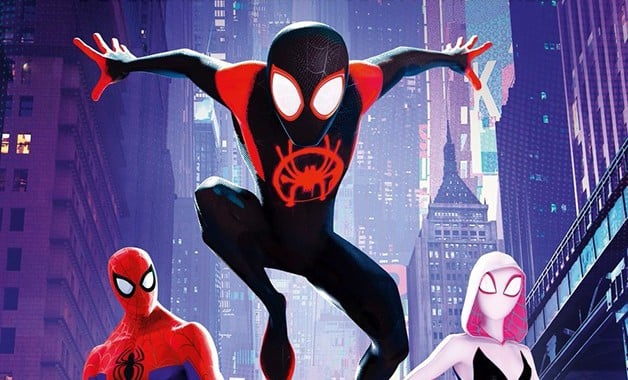 Chock-full of breath-taking animation, witty dialogue, and tense action scenes, Spider-Man: Into the Spider-Verse feels like a comic book come-to-life on the big screen.

The casting in Into the Spider-Verse is superb, with each voice perfectly fitting their character. Shameik Moore turns in a wonderful performance as Miles Morales, bringing the new Spider-Man to the big screen for the first time. Moore is able to seamlessly flow between a sense of confidence and vulnerability that adds to Morales’ shaky journey of self-discovery as he tries to figure out his place in a spider-filled world. Morales certainly has his fair share of jokes, but the comedic center of the movie is the classic Friendly Neighborhood Spider-Man or at least a schlubby version of him played by New Girls star Jake Johnson.

There are a lot of praiseworthy things in Spider-Verse, but I’d be a fool if I didn’t mention the stunning animation first. Into the Spider-Verse utilizes a unique blend of 2D and 3D animation, unlike anything I’ve ever seen before. It’s slick, colorful and filled with little dots to give it a dynamic, pop-art feel. Thought captions and sound effect blurbs even pop-up on the screen, grounding the advanced animation in the flat comic book universe it’s depicting.

Using animation instead of live-action really allows each fight sequence to pop off the screen. The way each Spider-Man carries themselves in battle reveals something about their personality and it’s enjoyable to watch Miles slowly develop his own fighting style as he gains more experience behind the mask.

New York City is an essential element in Into the Spider-Verse. Miles, just like the Friendly Neighborhood Spider-Man, is part of a community, and seeing him interact with random passersby makes his surroundings feel more real and lived in. The inclusion and focus on street-art and hip-hop also made Brooklyn, Miles’ home borough, feel more like a breathing, vibrant setting where Miles could really change and grow instead of a static place that capped his potential.

Underneath the grand, multiverse plot is a personal story that examines what it means to be a hero and epitomizes what the late, great creator Stan Lee stood for. Superheroes are at their most interesting when they are real people with real problems under the suit, and Into the Spider-Verse has no problem peeling away the perfections and looking at what it truly means to be an inspiring hero like Spider-Man.

So what do you think? Do you agree with our rankings for the best Spider-Man films? Let us know in the comments below!

Spider-Man's future on the big screen continues this week when Spider-Man: Far From Home swings into theaters. While Marvel has yet to announce any future plans for Tom Holland, we're willing to bet he'll be back for another Spider-Man film sooner rather than later. Meanwhile, Sony is continuing forward with its Morbius spin-off starring Jared Leto, as well as plans for another Venom movie starring Tom Hardy.

Stay tuned to Heroic Hollywood for the latest news on the future of the Marvel Cinematic Universe as well as Sony's Universe of Marvel Characters as we learn it!