Spider-Man: Homecoming will feature the cinematic debut of many Spider-Man villains, including Vulture and Shocker. While we’ve seen a copious amount of footage that showcases Michael Keaton’s Vulture, we haven’t seen much of Shocker. The role of Shocker will be portrayed by Bookem Woodbine, best known for his role in the television adaption of Fargo.

Thanks to a toy listing on Toys R Us UK’s website, we have a brand new look at Shocker that showcases his entire costume. You can check out the image below: 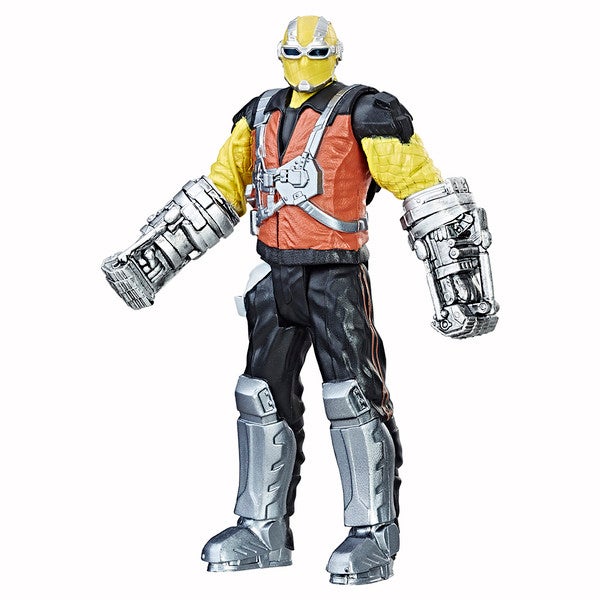 While the action figure itself is legitimate, it should be noted that many toy companies don’t necessarily follow the film’s design when creating their action figures. Hopefully, in the film, the character does follow this figure’s route, as it’s bright and colorful. In addition, it seems to be faithful to the comic books, which is always a plus.

Spider-Man: Homecoming will be released in theaters on July 7, 2017. Stay tuned for the latest news regarding the upcoming Marvel film!