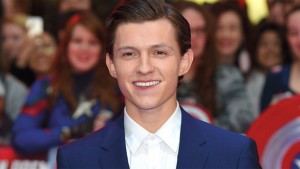 Since being cast as Peter Parker/Spider-Man last summer, Tom Holland’s life has gone for a wild spin. The English actor is on top of everybody’s list for upcoming roles and such, but today, The Hollywood Reporter learnt of the actor’s next part. Quick heads up, it is not what you would expect. In a Q&A discussing the upcoming drama, A Monster Calls, the film’s director J.A. Bayona revealed that Holland “was the stand-in for the monster,” they would later CG Holland out of the film. Of course, Bayona and Holland worked on the 2012 hit, The Impossible, the movie that launched Holland into Marvel’s eye. The actor still received a special mention in the film’s credits which a lot of people apparently missed, due to the film’s “tearjerking” conclusion. The film’s lead actor, 14-year-old Lewis MacDougal stated, “It gave me something to look at when I’m talking to the monster.”

While it will not be Holland who will receive actual credit for the character, as Liam Neeson is voicing the part, it is still nice to see Holland receiving credit wherever he goes. As for the film’s director, Bayona will next direct the sequel to last summer’s gigantic hit, Jurassic World starring Chris Pratt. One could assume that Holland might receive a phone call to head to the set for that one too. Maybe he can portray a spider/dinosaur hybrid?

You can catch A Monster Calls when it hits theatres January 12, 2017. Holland will next appear in Spider-Man: Homecoming, scheduled for release on July 7, 2017.