We all have a favourite MCU film, there are 13 of them now with enough diversity and variation that there is almost something for everyone. But did you ever wonder which heroic outing is the favourite of arguably the greatest filmmaker of all time?

Steven Spielberg is currently in Cannes promoting his latest film, a live action adaptation of Roald Dahl’s ‘The BFG’ and while doing his rounds with the many journalists in attendance from all around the world he was asked his opinion on the superhero movie landscape and this is what he had to say;

“I really like Richard Donner’s Superman, Christopher Nolan’s Dark Knight and the first Iron Man movie, but the superhero film that most impressed me is one that does not take itself too seriously: Guardians of the Galaxy. When it ended, I left the cinema with the feeling that I had just experienced something new, free of cynicism and without concern for being gritty when necessary”

You’ll have to excuse the grammar as this was (Google) translated from it’s original source at Omelete one of the many foreign publications at Festival de Cannes 2016.

This was great for me personally to know that my taste in superhero movies sync up with Steven Spielberg but as you can imagine it was even greater for Guardians co-writer and director James Gunn who said;

“Probably the greatest compliment of my life. I learned what a director was because as a kid I loved Raiders of the [Lost] Ark so much I wondered who the guy was behind it all, and I’m making movies today because of it.” 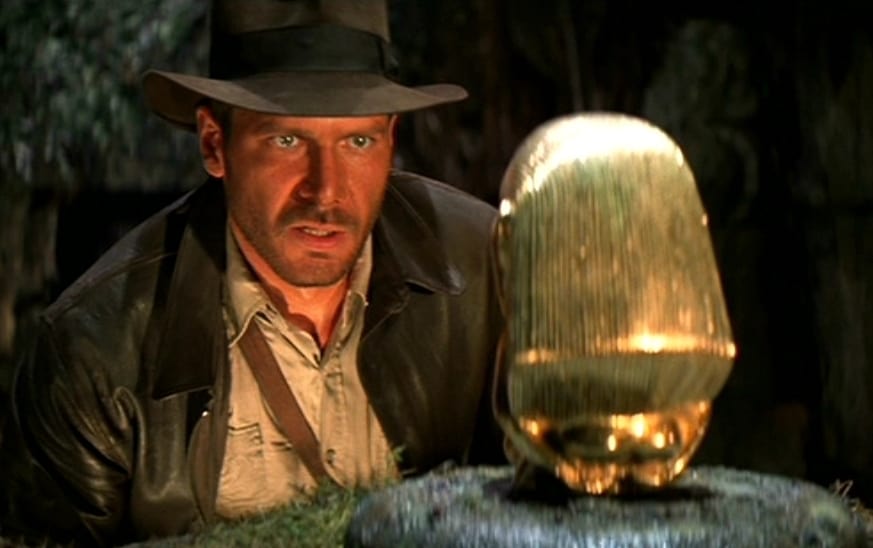 “This is the greatest compliment I’ve ever received. I’m teary-eyed right now. No one has ever influence @Guardians more.”

It’s hard to ignore the influence Spielberg clearly had on Gunn’s style, particularly with this film. The scene with Chris Pratt’s Star Lord collecting the Orb from Morag is a love letter to the first Indiana Jones and is a great nod to the movie that started Gunn onto his path to the directors chair. I wonder if we’ll see any references or easter eggs to Guardians in Spielberg’s much anticipated Ready Player One, the reference heavy, 80’s culture, geek goliath that features easter eggs as a plot point. We’ll have to wait until March 30th 2018 to find out.