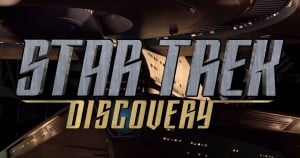 The Star Trek 50th anniversary convention, Mission New York, is being held this weekend and new details on the franchise’s future were revealed.  The convention was organized as a tribute and celebration of Gene Roddenberry’s science-fiction franchise. It is being held at the Javits Center, located in Manhattan, which will also be the site for New York Comic Con being held next month.

As previously announced, CBS All Access will launch Star Trek: Discovery, the first Trek series to launch in over a decade. During a panel at Mission New York, it was announced that the new TV series will have a set of companion books and comics.

Kristen Beyer, the writer and producer of Star Trek: Discovery, made the announcement during the panel that CBS is teaming up with Simon & Schuster and IDW Publishing to produce the companion stories. Beyer is also one of the writers behind the Star Trek: Voyager novels. She will be collaborating with David Mack of the Star Trek: Destiny books and Mike Johnson, writer of the comic sequel to Star Trek Beyond, Star Trek: Boldly Go.

Although details of the stories are still unknown, the release of the novels and comics will be timed to the premiere of Star Trek: Discovery in January 2017.  The TV series is available exclusively via streaming service CBS All Access.

Showrunner Bryan Fuller has teased that Star Trek: Discovery will be about “an incident and an event in Star Trek history that’s been talked about but never been explored.” The series will be set in the Prime Universe prior to Captain Kirk’s mission. A major change in the TV series format, the main star will be a lieutenant commander instead of the captain.