With New York Comic-Con soon upon us, the time is ripe for CBS to kick up the promotion for the upcoming second season of Star Trek: Discovery. While some fans may be divided on the Star Trek series, it has also received its fair share of critical acclaim and will feature some very familiar names to the Trek world in Season 2 with the arrival of Anson Mount as Christopher Pike, as well as Ethan Peck stepping into the role of Spock.

While the producers behind Star Trek: Discovery had indicated this previously, CBS All Access confirmed with the new poster that the second season of the Star Trek discovery will be returning in January of next year. With that, we also have a new poster teasing the discovery of the next, new adventure for the crew in the upcoming season. Here, have a look at the poster for yourself and let us know what you think: 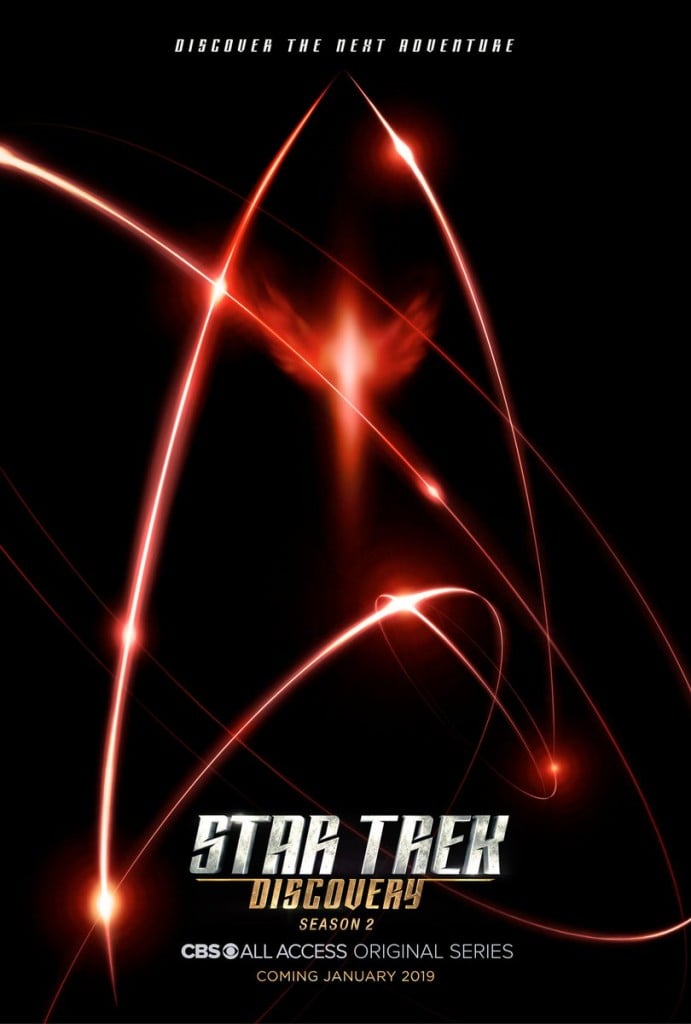 Based on the prior trailer, shown at San Diego Comic-Con earlier this summer, the lights will have a link to Ethan Peck’s Mr. Spock, so we’ll hopefully find out more about that in the upcoming season when it premieres next January. Let us know your thoughts on Star Trek: Discovery in the comments below and what you hope to see in the second season when it drops on CBS All Access in the beginning of next year. Did you enjoy the new Trek series or did you have any issues with it? Are you excited to see what Ethan Peck will bring to the character of Spock when he makes his debut?