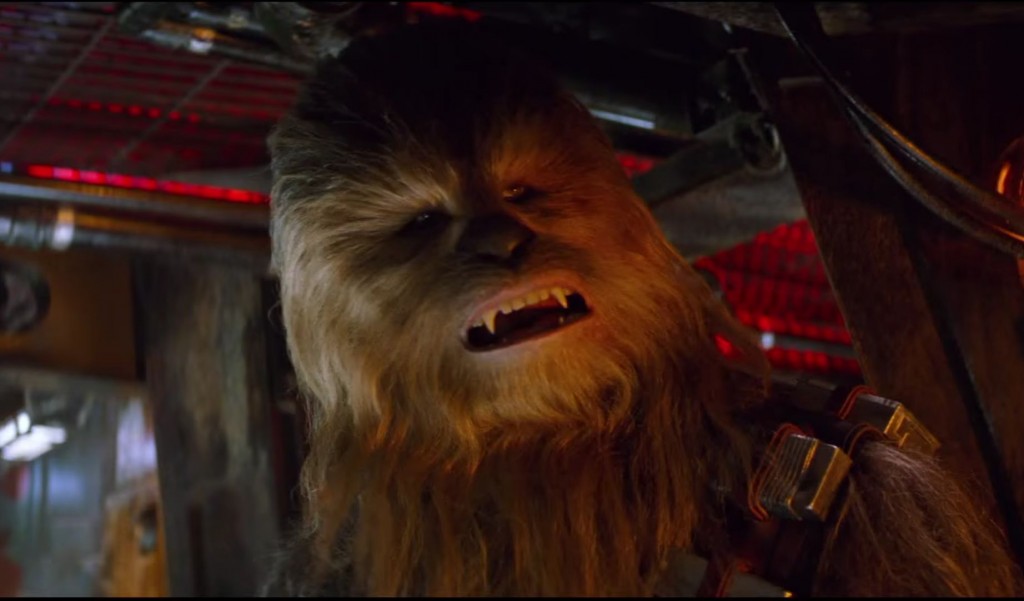 The final novel in Chuck Wendig’s Star Wars: Aftermath trilogy, Aftermath: Empire’s End has confirmed that Chewbacca is indeed a father in new canon. Chewie’s family was first revealed back in 1978 when Lucasfilm aired the Star Wars Holiday Special which saw Han and Chewie returning to Kashyyyk to celebrate Life Day with the Wookie family. But up until now, it has remained a mystery whether or not his family was actually canon in this new era of the franchise.

Thanks to ScreenRant, it has been revealed that Chewbacca is Father to a Wookie named Waroo which is clearly an homage to his son from the Holiday Special who was named Lumpawaroo aka Lumpy. The novel features an interlude which includes Waroo liberating a child labor camp run by the Empire when he faces off against the Wookie tormenter, Imperial Officer Dessard. Waroo is nearly killed by Dessard but is saved at the last moment by a group of rebels led by his father Chewbacca. Afterward, Waroo and Chewbacca have an emotional reunion and “sing a song of family.”

So what do you guys think? Do you like the story groups choice to put what is most certainly a nod to the Holiday Special officially into canon? Does this give you hope we’ll eventually get to see Malla, Chewie’s wife or Itchy, Chewie’s father?