The Star Wars Celebration 2016: Future Filmmakers panel is over, but unfortunately, there weren’t really any exciting reveals or announcements. We expected the official Episode VIII title to be revealed along with a future film announcement or two, but we only learned a few details about the Rian Johnson-directed movie and that Alden Ehrenreich is indeed the new Han Solo.

During the panel, Johnson revealed that Episode VIII begins right where J.J. Abrams’ Star Wars: The Force Awakens left off, which will definitely be interesting to see. The director also promised that the movie will dive deeper into the characters and push them in a new direction. Here’s what he had to say about his experience directing the movie:

“It was an incredible experience on many different levels. You come into it with nostalgic feelings, but your job is to get beyond that very quickly. The ultimate responsibility is to sit in front of Mark [Hamill], sit in front of Luke Skywalker … and then get to know Mark as an actor and start working on a script and get back to the work of filmmaking.”

Additionally, John Boyega made a surprise appearance and confirmed that Finn does indeed wake up from his coma. “We thought about cutting back to him through the movie, still in the coma,” Johnson joked. The director then went on to tease Kelly Marie Tran’s role in the movie, though he wouldn’t reveal any details about her character.

It was then revealed that Phil Lord and Chris Miller were almost in Rogue One: A Star Wars Story, but they had to leave right before filming their cameos. However, Johnson did get to film his, so we’ll get to see him as a Death Star operator this December. Meanwhile, Gareth Edwards will be making a brief appearance in Episode VIII. Here’s a cool image of him in full costume on the set of the movie: 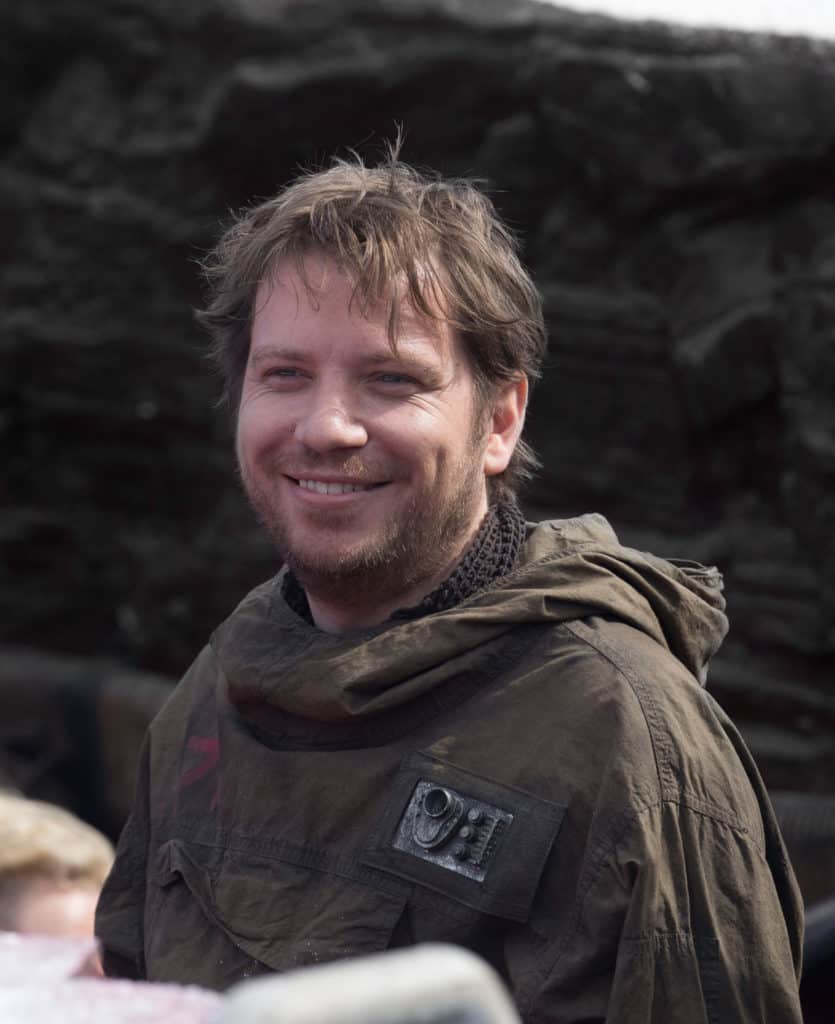