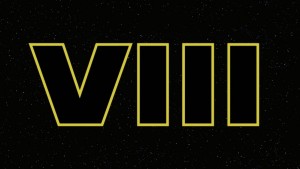 The title for Star Wars Episode VIII has been a mystery and a secret, but that secret might just have been revealed. Ahead of official announcement, a video which seems to display an official poster has surfaced.

The title on the poster, which also has the logo for Star Wars Celebration Europe, is Star Wars: Fall of the Resistance. You can view the poster in the video link here. While it would be easy to dismiss the poster as a fake, the Star Wars Celebration logo lends some legitimacy to the poster. It could very well be that an official title announcement will come during the convention which takes place in London in July. The convention is expected to have many secrets and teases revealed, with panels planned for Rogue One and Star Wars Rebels.

The subtitle fits the darker tone actors John Boyega, Daisy Ridley, and Oscar Isaac have been teasing. Yet the resistance was very much in tact when we left it in The Force Awakens, so potential plot spoilers do arise with this title.

Due to this potential leak, Disney and Lucasfilm may wish to make an official announcement before Star Wars Celebration in July. Thus far no official comments have been made by Disney.