SoundTrackFest reports that John Williams is recovering well after being hospitalized due to illness.

Last week, moviegoers were disheartened to hear that acclaimed film composer John Williams had been hospitalized after falling ill. Now, record producer Mike Matessino, who reportedly had first-hand information from John Williams inner circle, has informed the aforementioned outlet that Williams is recovering well and will return to Los Angeles next week.

You can check out the letter that John Williams sent to Royal Albert Hall – where he was scheduled to conduct the orchestra before his illness forced him to drop out – below! 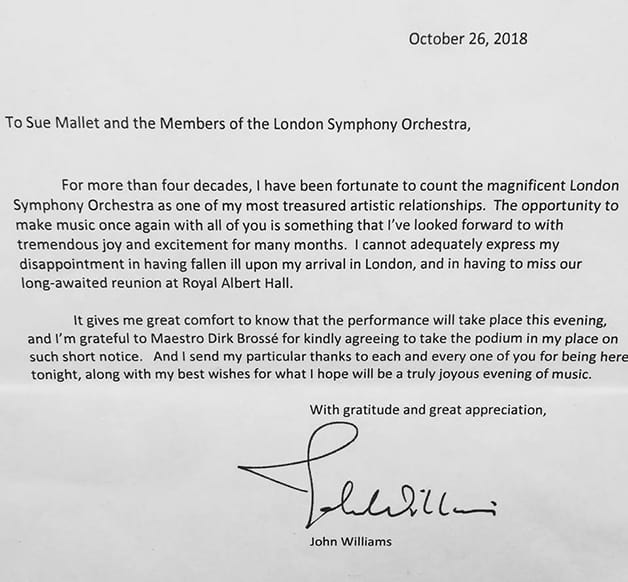 John Williams is set to compose the score for the final chapter of the Star Wars sequel trilogy and the fifth Indiana Jones film.

Episode IX will be released in theaters on December 19, 2019.