The latest episode of The Star Wars Show reveals that a novella containing three stories on Canto Bight – the planet that First Order defector Finn and Resistance mechanic Rose Tico will go to as part of a secret mission – will soon be released.

The novella, which is part of the Journey to Star Wars: The Last Jedi line, contains four short stories about the citizens of the planet Cantonica’s capitol city. The stories will be written by Saladin Ahmed, Rae Carson, Mira Grant, and John Jackson Miller. A preview of the cover was released through Twitter: 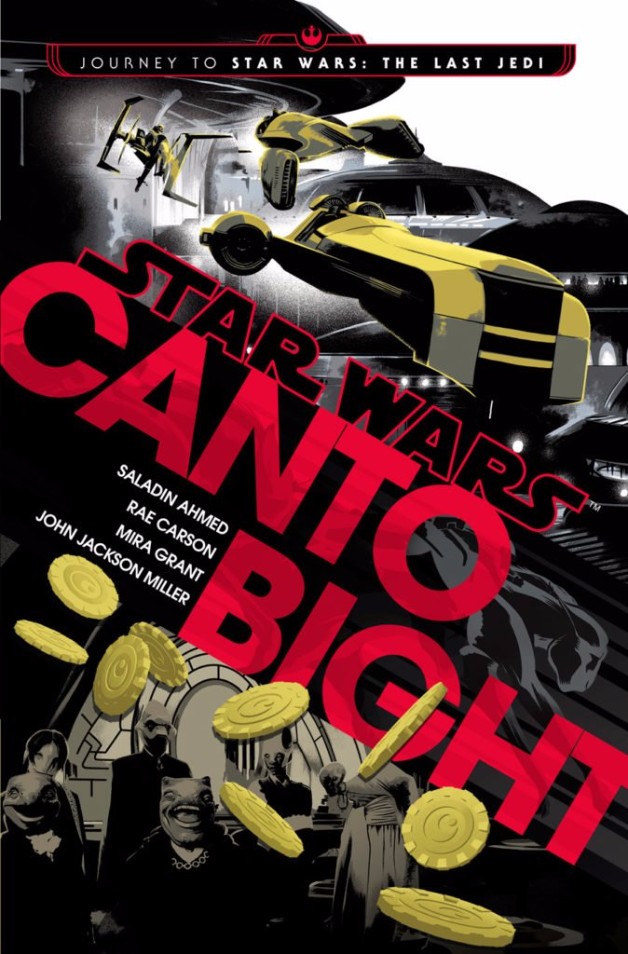 The latest episode of The Star Wars Show, which features information on the novella and more, can be viewed below: