With San Diego Comic-Con currently underway, a plethora of new Star Wars information has made its way online thanks to new comic books, novels, and other books.

A brand new book titled Star Wars: The Last Jedi: Heroes of the Galaxy that’s aimed at younger readers features a cover that gives us brand a new look at Rey, Finn, and Rose, with all three super imposed over the landscapes of the planet Crait.

You can check out the cover below: 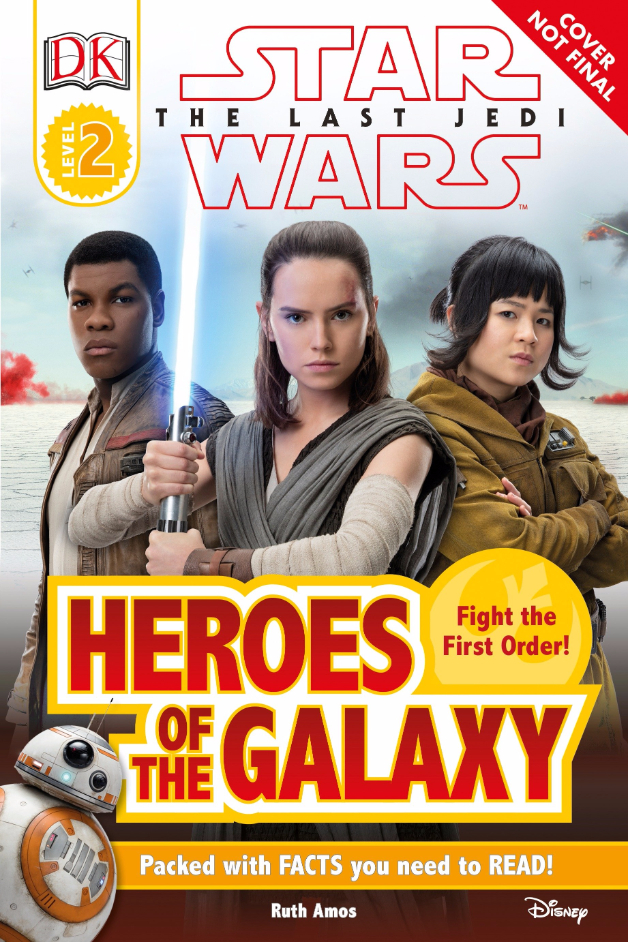 In addition, a brand new sticker book has been unveiled that showcases Rey wielding her lightsaber. The sticker book also has new images of Finn, Rose, Kylo Ren, and Poe Dameron.

You can check out the cover of the sticker book below:

A variety of Star Wars: The Last Jedi tie-in novels have been announced at Comic-Con, including a novel that will explore Luke and Leia’s past prior to The Last Jedi.

What are your thoughts on the brand new looks for Rey, Finn, and Rose? Comment below and let us know!