Director of Star Wars: The Last Jedi Rian Johnson has shared a new set photo from the next chapter of the Skywalker Saga set to release this upcoming holiday season. The photo itself features a squad of Stormtroopers on what looks to be the deck of a First Order Star Destroyer based on the glossy black floor and the blue screen behind them. The caption reads:

We’re coming to Orlando for a Star Wars Celebration panel on April 14th, and I cannot wait.  See you there! 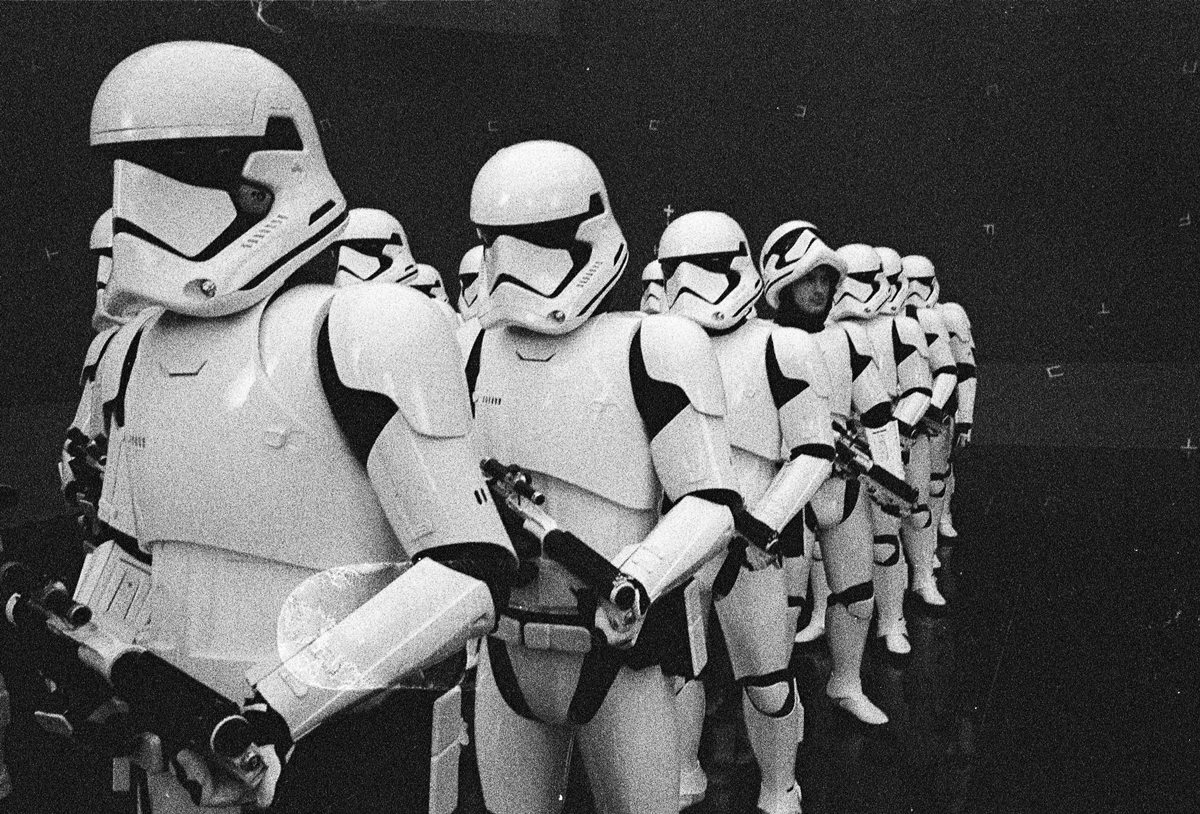 Just earlier today it was announced that Johnson would be in attendance for a panel at Star Wars Celebration in Orlando on April 14th along with President of Lucasfilm Kathleen Kennedy.

Johnson confirmed the photo was indeed from the set of The Last Jedi to a fan on Twitter.

@rianjohnson @starwars @tumblr Is this photo on-set of TLJ or??? ?

An eagle-eyed fan then noticed a slight tweak in the design of the face for the betaplast helmet of the Stormtrooper and thanks to Johnson’s confirmation we now know the design for the First Order Stormtrooper helmet has gone through a slight evolution since we last saw them in The Force Awakens. The face of the helmet seems to be thinner than the design introduced in Episode VII.

@rianjohnson @noahpaulsavage @starwars @tumblr Has the stormtrooper design been tweaked slightly, or am I imagining it?

It’s also worth noting the Stormtrooper with his helmet lifted up looks a lot like Tom Hardy. The actor has been rumored to be playing a Stormtrooper in the film.

An official synopsis has yet to be released but it is known the film will pick up exactly where Episode VII left off with Rey (Daisy Ridley) confronting Luke (Mark Hamil) on Ahch-To with her plea-turned-demand for him to return to the galaxy with her in an effort to restore balance to the force. The Last Jedi will dig deeper into the characters than Episode VII and will also focus on how Luke and Rey relate to one another.