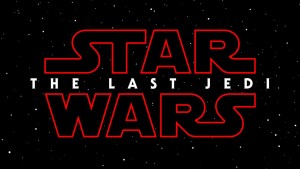 One of the most exciting aspects of a new Star Wars film are the unique planets and environments introduced to the galaxy. With eight feature films and a number of animated entries under their belt, one can imagine that conjuring up new planets for the Star Wars universe would be a difficult task for the creative team behind the franchise. However, MakingStarWars.net’s report on a brand new planet indicates that the behind-the-scenes team on Star Wars: The Last Jedi were more than up to the challenge of creating new worlds for our heroes to explore.

According to MakingStarWars.net, one of the new planets introduced in The Last Jedi will be reminiscent of a planet in our own solar system, with one significant difference. Be warned of potential spoilers!

“The way I heard the set described, it was like Mars, a red ground, but covered with a light layer of snow, especially on the banks and rim of a hallway-sized trench. So imagine “Mars if it lightly snowed” is the mantra for this place. We heard the interiors were not unlike Starkiller Base in the sense that you can see the Death Star-style tech and architecture blending in with the rocks and natural environment.”

MakingStarWars.net goes on to speculate that the planet could serve as a new based for The First Order.

While the Star Wars films are certainly not short of snow-filled planets, the concept of creating Mars with light snow is unique and the contrast between a red planet and white snow could make for an interesting visual. What do you think of the idea? Share your thoughts below!

Star Wars: The Last Jedi will be released in theaters on December 15, 2017