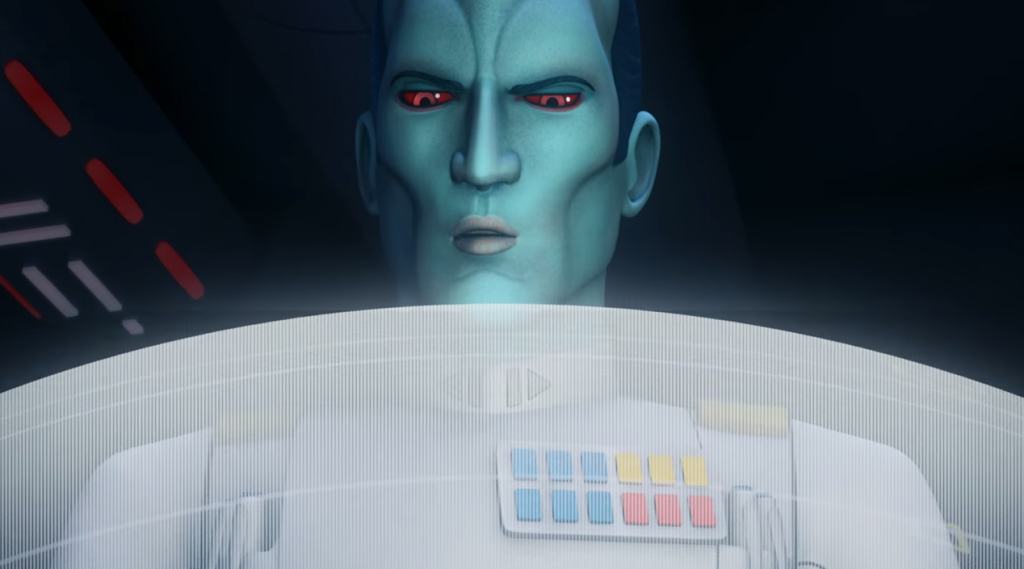 The much-anticipated third season of the hit animated series, Star Wars Rebels is only a couple weeks away, and safe to say, this Star Wars fanatic is on pins and needles with excitement. Not only are we reuniting with the Ghost crew after the unbelievable season two finale, but we are also getting the official canonical introduction to a fan-favorite Legends character, Grand Admiral Thrawn.

Much of the promotional material for the new season has emphasized the new threats that await Ezra Bridger, Kanan Jarrus, and the rest of the Rebels, with a few hints at Thrawn. Now, we have a special preview dedicated to the character in which he presents such a menacing presence just through his voice. Just from the snippet we got in this glimpse, Lars Mikkelsen is nailing the character to a tee.

War. I study the art of war. Work to perfect it. To defeat an enemy, you must learn them. I will pull the rebels apart piece by piece. They are the architects of their own destruction.

Star Wars Rebels returns in a special one-hour season three premiere on Saturday September 24 at 9:30 pm on Disney XD. Elsewhere, Rogue One: A Star Wars Story comes to a galaxy near you on December 16.