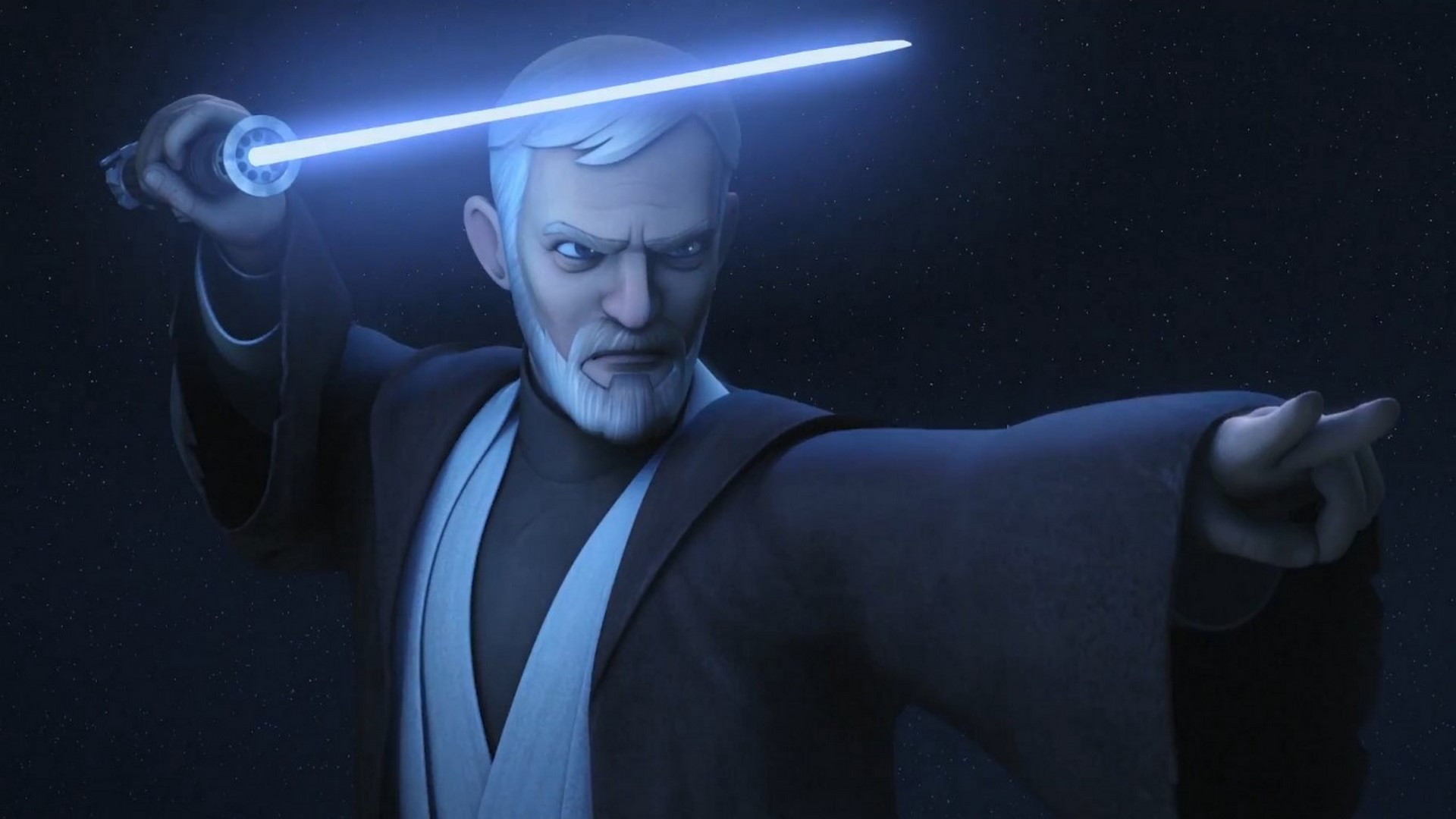 Alas, Star Wars Rebels executive producer Dave Filoni has opened up regarding the appearance of Ben Kenobi set to occur later this season. The mid-season trailer for Star Wars Rebels gave fans goosebumps when it was revealed the series would feature Ben Kenobi in his time on Tatooine prior to Star Wars Episode IV: A New Hope.

Since the second episode of season 3, the inclusion of Kenobi has been teased with Ezra and Maul’s shared vision of a planet with twin suns that would ultimately lead them to destroy the sith. Filoni recently spoke with Comicbook revealing that when characters from other facets of the franchise appear, they are simply guest that serves the core characters of Rebels:

“Certainly these characters aren’t foreign to me having worked here so long. So, I’m pretty confident when going into them what they’re about, but you do tread carefully because you can’t do it just because you’re trying to add something [to the guest star’s past]. I’ve always said, it’s the same thing with Ahsoka. It has to be valuable to Ezra. This experience, whatever it is, whatever form it takes, has to be valuable to the characters that are the center of Star Wars Rebels.”

Filoni also emphasized the importance of restraint when including past characters in order for their appearance to feel appropriate, serving the purpose of the story and not coming off as generic fan service:

“There are a lot of things that I could do in Star Wars, and I try to do things that work with the story group to be true to the characters and where they need to go. It’s surprising sometimes where they go. I would say it’s surprising at the end of the day, and I don’t want to give anything away, if we wind up in the presence of an old wizard, that would be a surprising thing to pull off. It’s not the most surprising thing to attempt to include Obi-Wan, and we’ve been, I think, pretty good. The way we included him in the pilot of Rebels, I really liked because it was a way to have him without really interfering, and it spoke to a moment in time for the characters. So, obviously I’ve been very fortunate over the years when we do do these Legacy characters. James Arnold Taylor was playing him in Clone Wars brilliantly and did a fantastic job, and then brought that back in Rebels when he’s playing the Clone Wars era Obi-Wan. I have Stephen Stanton now, who’s portraying this particular, if that’s Obi-Wan (laughs), whoever it is.”

Stanton has also provided the voices for characters such as Grand Moff Tarkin in The Clone Wars and most recently as Admiral Raddus in Rogue One: A Star Wars Story.