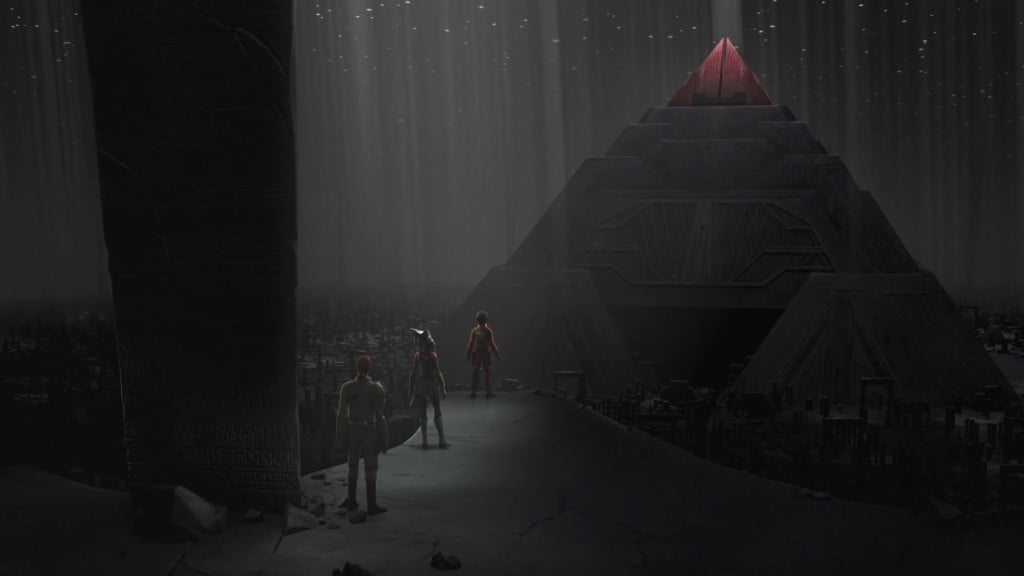 These Star Wars Rebels Primers are designed to dig through the vast history of Star Wars stories – both good and bad – to pick out the pertinent pieces of information for the new TV series. Here there be spoilers.

The Star Wars: Knights of the Old Republic video games are in a bit of an odd place these days. Wildly successful and critically regarded as being among the very best stories in the Star Wars series, it has become a foundational text in its own right. There are the small things – the appearance of a Selkath or the helmet of a KotOR-era Mandalorian soldier in The Clone Wars – but what’s more interesting are the cornerstone pieces of lore. The specifics of major facets of the Star Wars galaxy, like Mandalorian culture and the history of the ancient Sith, were largely invented by BioWare (and later Obsidian) and even though these games were tossed out of the canon back in 2014, their influence continues to be felt.

The latest example of this came in last week’s episode of Star Wars Rebels when Yoda instructed our heroes to travel to Malachor in order to find a solution to their problems with Darth Vader and his Inquisitors. Malachor, as you might have guessed, is another invention of the Knights of the Old Republic, but this reference runs deeper than the winking call-backs we’ve seen up to this point. In the KotOR story, no world is perhaps more crucial than Malachor.

Malachor, or Malachor V as it is known in the ‘Legends’ continuity, was once part of the ancient Sith Empire, but when the Sith retreated back into the Unknown Regions (uncharted space in the Star Wars galaxy) after years of war and infighting that I’m not going to get into here, Malachor was left abandoned. That’s where we come in. During the Mandalorian Wars – roughly four thousand years before the events of the original 1977 film – a pair of young Jedi filled with piss and vinegar choose to defy the Jedi Council’s orders and take up the fight to defend the Republic from the Mandalorian conquerors. Revan and his apprentice Malak gain a reputation as fierce warriors and brilliant tacticians, earning respect from the Republic and their Mandalorian enemies alike. It’s widely accepted that had Revan and Malak not joined the war effort, the Mandalorian forces would have crushed the Republic resistance and changed the very structure of the galaxy. However, during their heroic exploits, looking for a way to defeat their opponents, Revan and Malak begin to feel the pull of the dark side.

Buried amid the ruins of an ancient civilization, the two Jedi discover a star map they believe will lead to a source of immense power that could help them turn the tide of the war. For those of you who have played Knights of the Old Republic, you’ll of course recall that this star map leads to Tatooine, Kashyyyk, Manaan, and the ancient Sith world of Korriban. You’ll also remember that from there, Revan ascertains the location of the Star Forge – a factory of sorts constructed by an ancient galactic empire which uses space magic to produce a virtually limitless supply of weapons and fighters – but that’s not the only thing Revan discovers in his travels. While on Korriban, digging through the old Sith archives, Revan learns of Malachor and the long-abandoned academy hidden on its surface. It is here, in this academy, that Revan is consumed by the dark side. 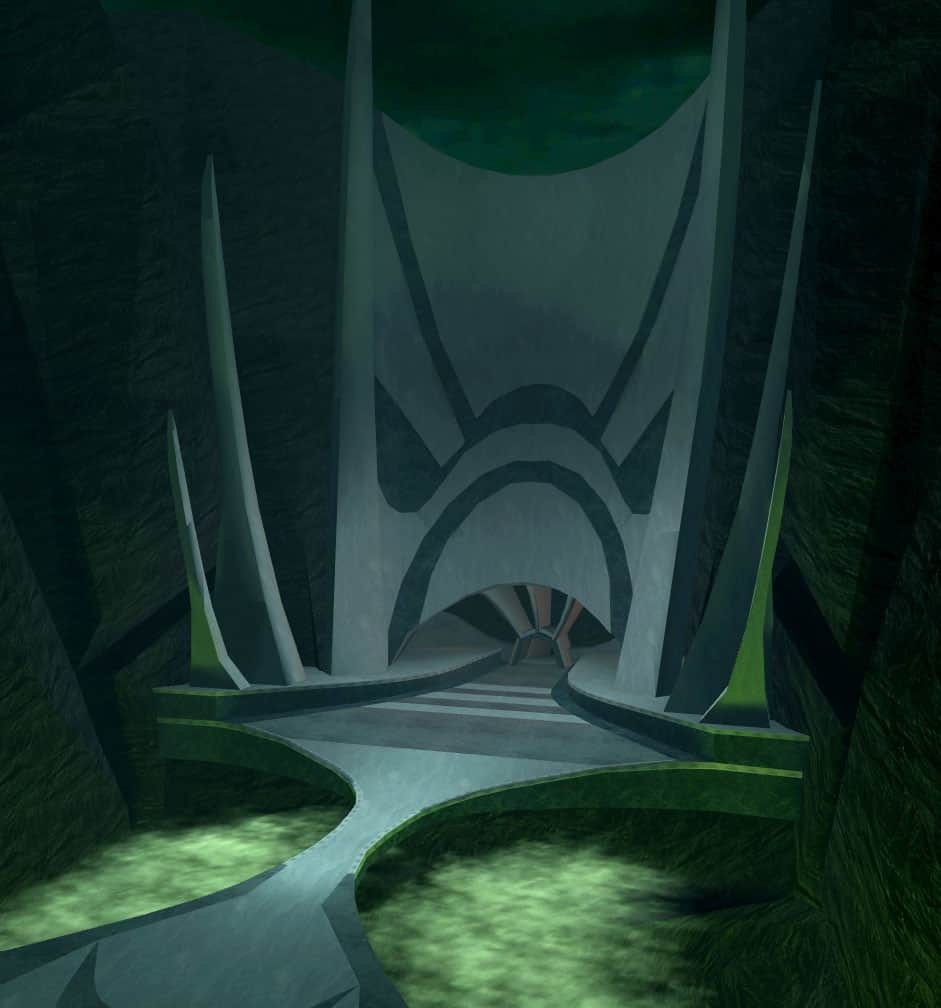 The Mandalorian War still raged, and with this newfound planet, Revan had a place to make his last stand. He stations the bulk of the Republic fleet on the planet, creating an irresistible target for their enemies, and when the Mandalorian forces arrive, Revan springs his trap. He kills their leader, Mandalore the Ultimate, in single combat, then orders his general – a Jedi with an unusual proficiency for connecting with others through the Force – to activate a doomsday device called the Mass Shadow Generator. The device decimates Malachor’s surface and destroys all life in the planet’s atmosphere – Jedi, Mandalorian, and Republic alike. Crippled by the echoes of this massive loss of life, Revan’s general instinctively severs her connection to the Force to save herself from death or insanity.

After the war, Revan and Malak vanish into the Unknown Regions and take with them most of the Jedi and Republic soldiers who survived the destruction of Malachor. The only one who chooses not to follow is the general who activated the Mass Shadow Generator. Instead she faces the Jedi Council on Coruscant, is stripped of her title, and exiled from the Jedi Order. Also exiled is Revan’s former Master, Kreia. The Council held her personally responsible for her pupil’s fall to the dark side and the destruction that it caused. Upon her banishment, Kreia chooses to visit the shattered remains of Malachor to investigate what turned her apprentice, and there, in the ancient Sith academy, she succumbs to the same power Revan had.

Kreia takes up the mantle ‘Darth Traya’ and renames the academy after her new moniker. It is here in the Trayus Academy that Kreia trains a new group of Sith warriors to continue the work that Revan started. She trains two apprentices – Darth Sion and Darth Nihilus – who eventually plot to betray their Master and rob her of her connection to the Force. Twice banished by both the Jedi and the Sith, Kreia begins forming a plan to not only take revenge against both organizations, but to destroy the Force outright.

Unknown to Revan’s former general – now known as the Jedi Exile – when she severed her connection to the Force on Malachor, she unintentionally created a wound in the Force. This wound, if allowed to grow, could become a vacuum, draining the Force from anyone who comes within its event horizon, and that’s exactly what Kreia intends to do. She seeks out the Jedi Exile and uses her as a pawn to draw both the Jedi Masters and her Sith apprentices out of hiding and destroy them. Once both the Jedi Council and her Sith betrayers are killed, she returns to Malachor – the world that created this wound – to enact the final stages of her plan. The Exile follows to confront her, defeating the final member of the Sith Triumvirate and stopping her plan to destroy the Force.

So how does any of this relate to Star Wars Rebels? The answer is that it very well might not. All of this is technically part of the ‘Legends’ continuity and is no longer considered part of the official Star Wars canon. And yet, I wouldn’t be so quick to dismiss it. I’ve referred to the prequel era Expanded Universe as being Schrödinger’s canon, where the events of these stories have essentially equal likelihood of being canon and not canon until Lucasfilm either calls back to them or outright refutes them (and they have done some of each in the TV shows, books, and comics released since this new canon went into effect).

Now, I’m no Expanded Universe apologist (in fact, I think the vast majority of it is outright garbage), but canon or not, the influence of Knights of the Old Republic can still undeniably be felt on the series. Not only do we have the visual call backs I mentioned earlier, but there are some reasonably strong indicators that maybe at least the major points of its story still have bearing on the current canon. For example, the visual dictionary for The Force Awakens notes that Kylo Ren’s lightsaber is a crude recreation of an ancient design that dates back to the “Scourge of Malachor.” 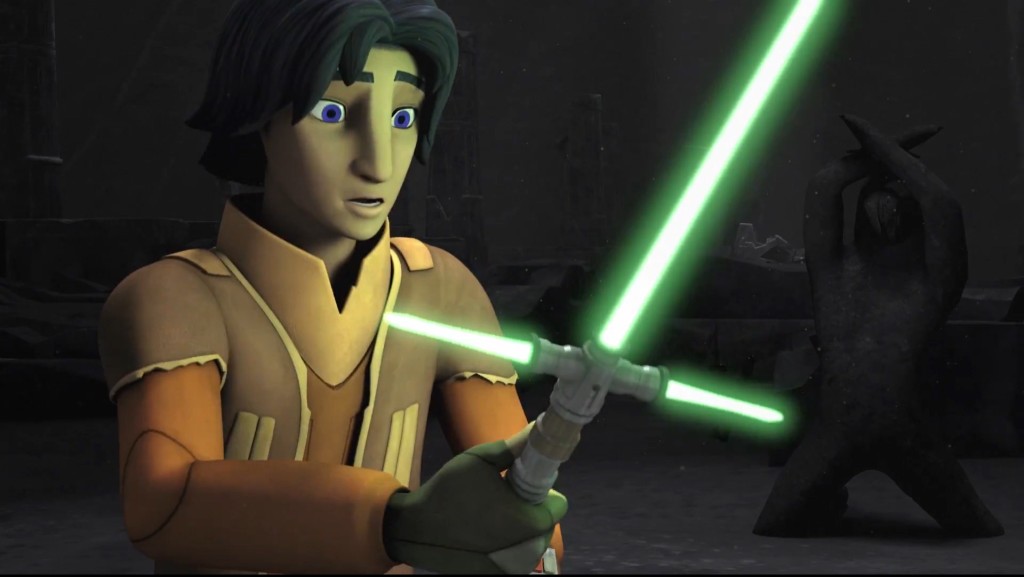 Now, that could technically mean anything, but knowing what you know now, it’s hard to imagine it referring to anything but the Mass Shadow Generator incident. Notice too how the mid-season trailer we got a couple months back shows ghoulish, Pompeii-like figures on the world we now know to be Malachor.

Will the season finale of Star Wars Rebels conclusively fold the whole story I just recounted back into the canon? Probably not, but I’m sure the folks at Lucasfilm know full-well that dropping the name ‘Malachor’ is going to inspire us geeks to bust out our ‘Jump to Conclusions’ mats. Whether they’re doing that to toy with our expectations or cater to them is something we won’t know for another two weeks. Either way, I’m intrigued, and I’m eager to see whatever our rebels have in store for them at Malachor.