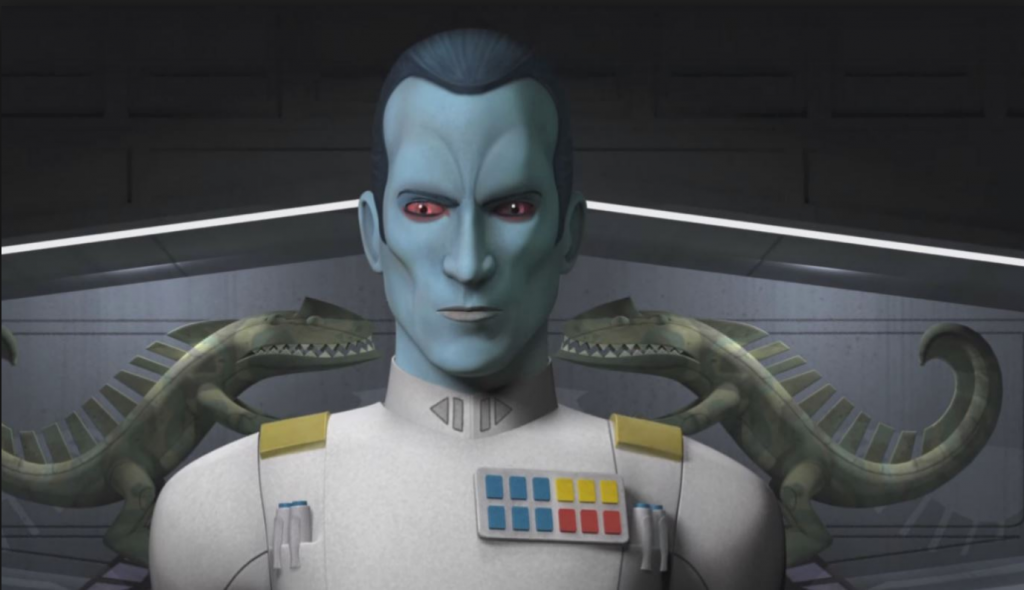 Thanks to Disney XD, we now know the official premiere date for the eagerly-anticipated season 3 premiere of Star Wars Rebels. Disney has revealed that the season’s first episode will air on Saturday, September 24, with an hour-long season premiere.

The newest season of this animated series will feature the official onscreen debut of Grand Admiral Thrawn. This character was a creation of author Timothy Zahn, who wrote the original Star Wars Heir to the Empire book trilogy, in which Thrawn was the main antagonist. Zahn is also set to write a brand new Thrawn book, now official in the Star Wars canon. This book is set for a Spring 2017 release. Actor Lars Mikkelsen will lend his voice talents to the fan-favorite Legends character.

Another character introduced in the upcoming third season is a mysterious creature known as Bendu. This character is described to wield force powers in between both the dark side and the light. Perhaps this can be a hint to future Dark Jedi characters in this new era of Star Wars? I guess a fan can dream. Doctor Who legend Tom Baker will provide his voice for the Bendu.

What are you most excited to see in this brand new season of Star Wars Rebels? How is Kanan doing now that he’s blind? Will Ezra turn to the dark side? Will certain members of the Ghost crew meet their inevitable demise? Who knows, but let’s remain excited as we continue our adventures in a galaxy far, far away. You can check out a season 3 teaser down below, courtesy of Disney XD.