The second cover for the latest issue of Empire Magazine gives us another look at Ben Mendelsohn as Director Orson Krennic in Gareth Edwards’ Rogue One: A Star Wars Story. He’s joined by a couple of Death Troopers, who are his personal bodyguards.

As you may remember, yesterday’s cover featured Jyn Erso (Felicity Jones), Cassian Andor (Diego Luna), Bodhi Rook (Riz Ahmed) and the rest of the heroes of the highly anticipated movie. The third and likely final cover will be revealed on Monday. 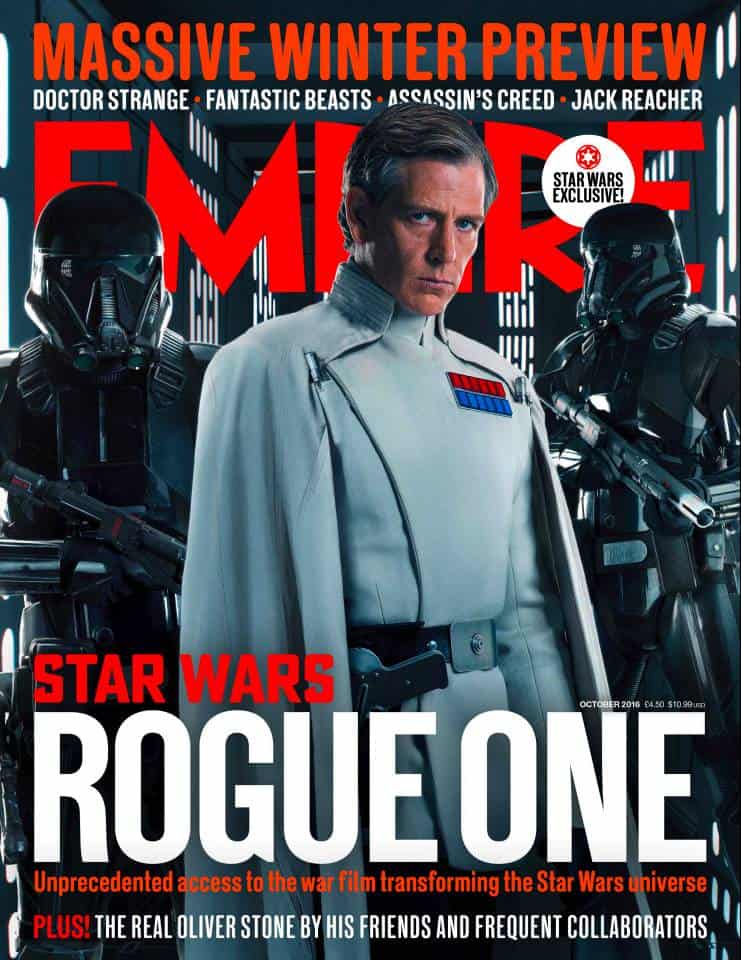