The previous Rogue One themed covers for the latest issue of Empire gave us another look at Jyn Erso (Felicity Jones) and the rest of the heroes of the upcoming movie, as well as Director Orson Krennic (Ben Mendelsohn) and his personal bodyguards, the Death Troopers. While both of the standard covers were group shots, the subscriber cover only features the massive droid.

You can check out the cover below along with a brand new image from the movie. 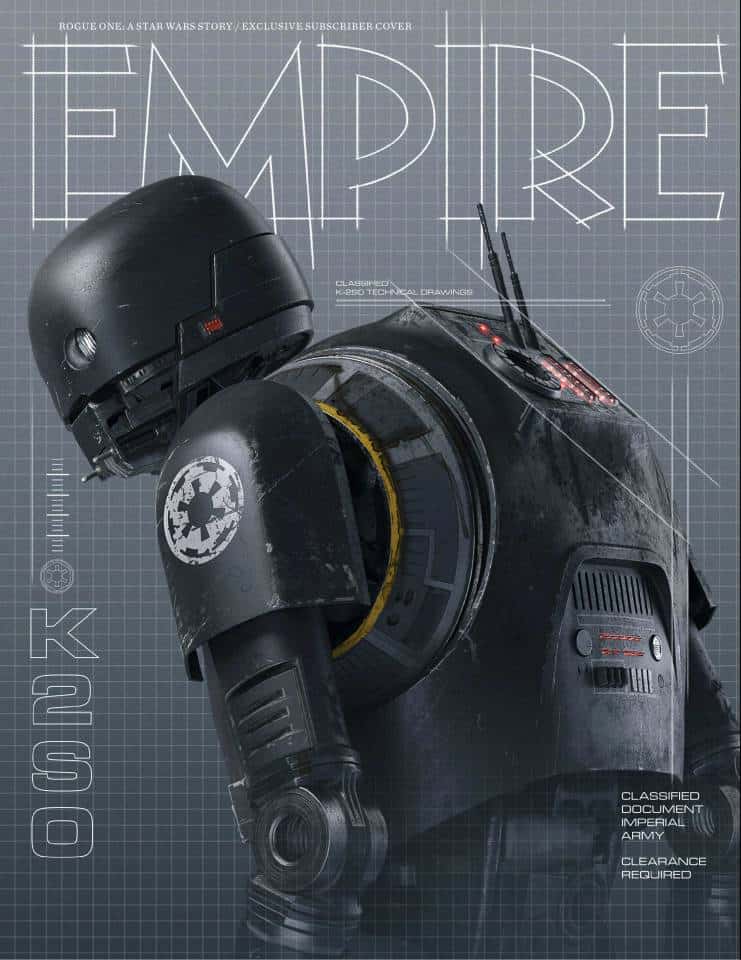 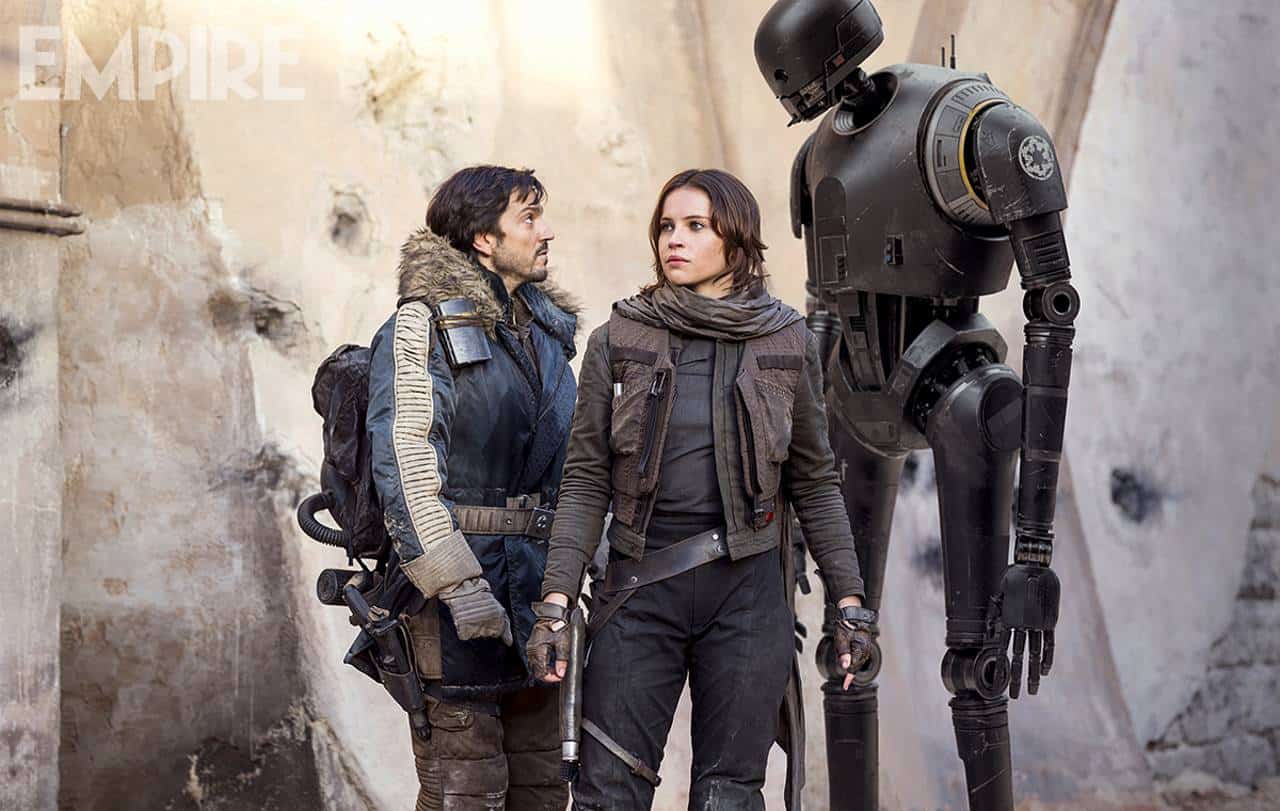