Following its debut at Star Wars Celebration 2016, Disney and Lucasfilm have released a brand new poster, as well as a new piece of concept art, for Gareth Edwards’ Rogue One: A Star Wars Story, featuring Jyn, Cassian and the rest of the heroes fighting a bunch of Stormtroopers on a beach with the Death Star looming in the background.

While it hasn’t been released online, a new trailer for the movie also debuted during the panel, featuring lots of never-before-seen footage and a glimpse of Darth Vader. Here’s a great description of the trailer by comicbook.com:

The second trailer starts with Jyn as a little girl running. “There’s not much time. Every day, we grow weaker, while they grow stronger. “This is our chance” she says in narration “To make a real difference.” During the narration, we see many scenes of battle and the Empire’s tyrrany. We see new locations, an X-Wing flying on a forest-heavy planet, new aliens, new shuttle craft, more Deathtroopers, the Death Star… And then suddenly it cuts to… Darth Vader, breathing & standing over a display. The clip ended there, with Vader’s reflection on the panel (presumably on the Death Star), and his breath echoing.

You can check out the new poster and the concept art below. 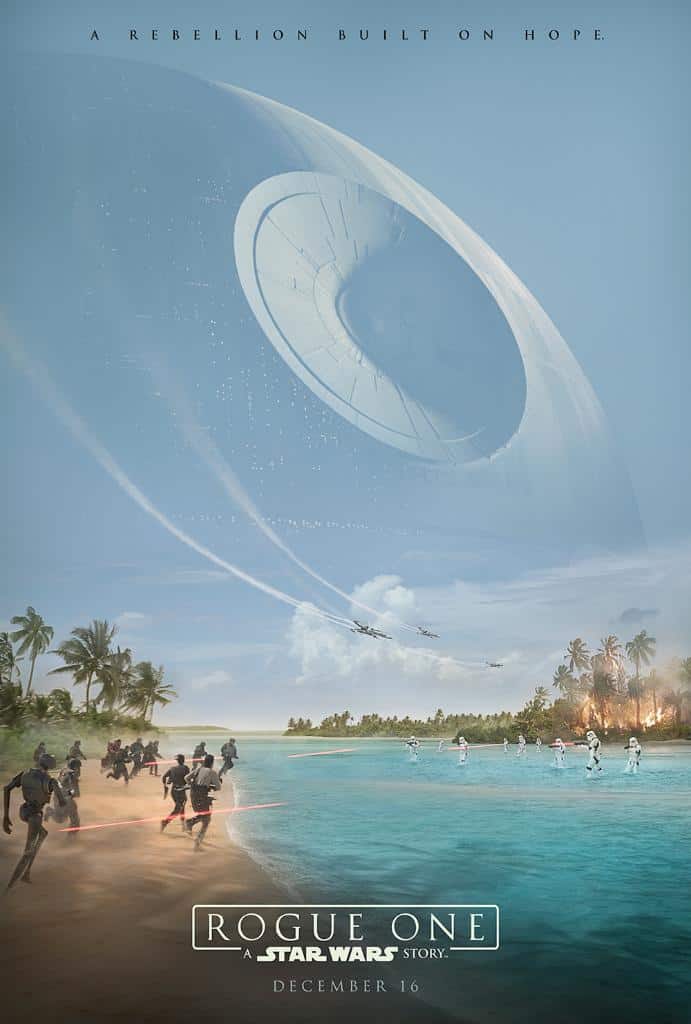 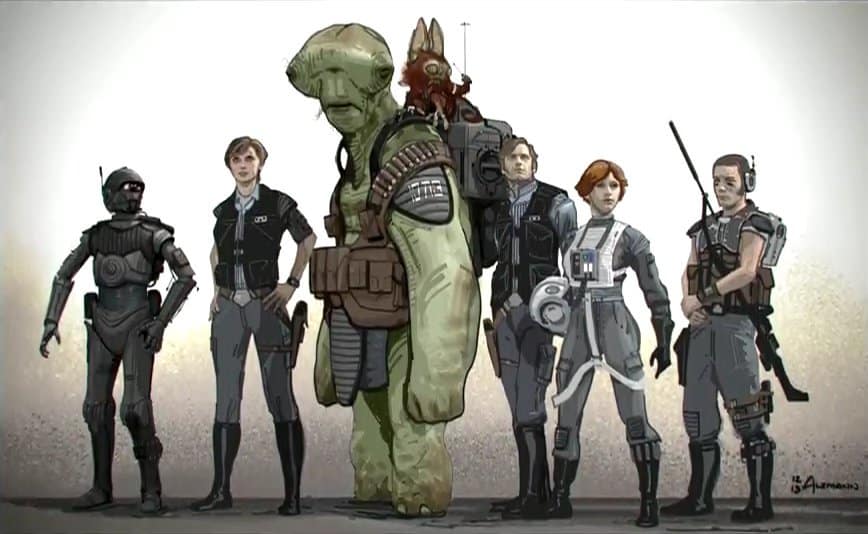