Green Arrow himself Stephen Amell has taken to his Twitter account to tease the upcoming 4-night crossover event on the CW. This year will witness the first time that all 4 CW superheroes shows have crossed over. Arrow, The Flash, Supergirl and Legends of Tomorrow will feature one storyline connecting the 4 DC Comic book inspired shows.

Arrow and The Flash have featured crossover episodes for the past 2 seasons but this time the characters from Legends of Tomorrow and the recently acquired Supergirl will feature. Barry Allen/Flash did show up for a special episode in Supergirl’s maiden season and many of the cast of Legends of Tomorrow are Arrow and The Flash alums, so the crossover event should hopefully feel completely organic. The threat that causes the group of heroes to band together is as yet undefined but there has been some rumours of the Legion of Doom including Reverse-Flash, Malcolm Merlyn and Captain Cold as the main antagonists to our familiar heroes.

Check out the image from Amell below. It is definitely a tease but just knowing all these characters are coming together builds the excitement for a major television event later this year. 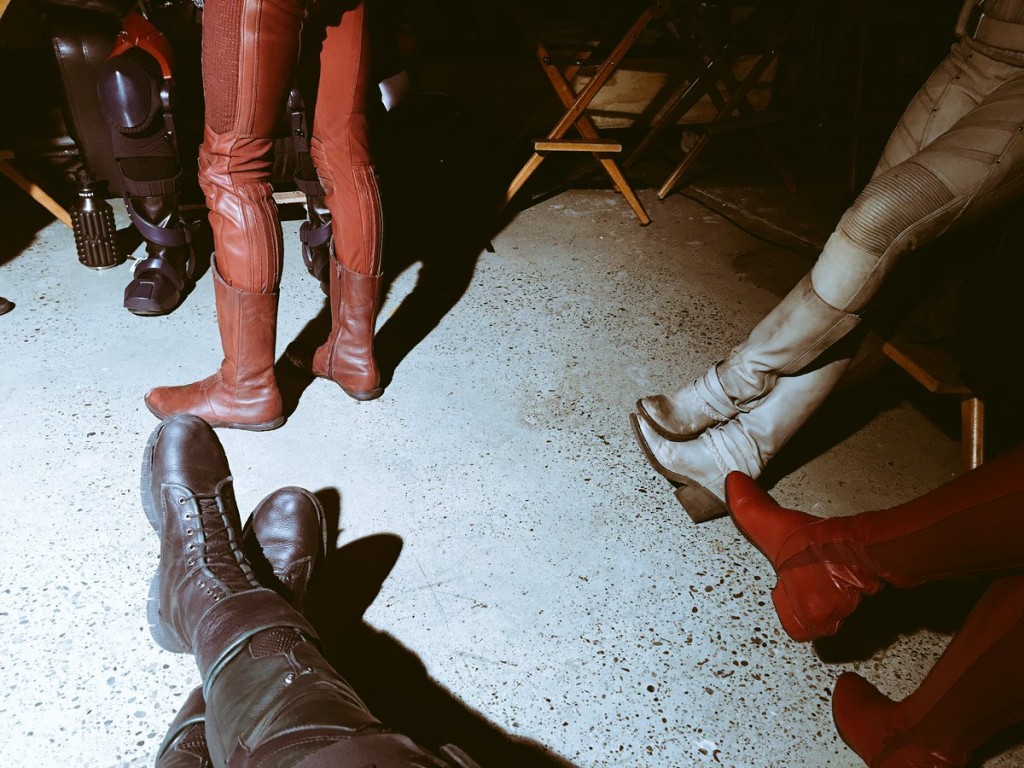