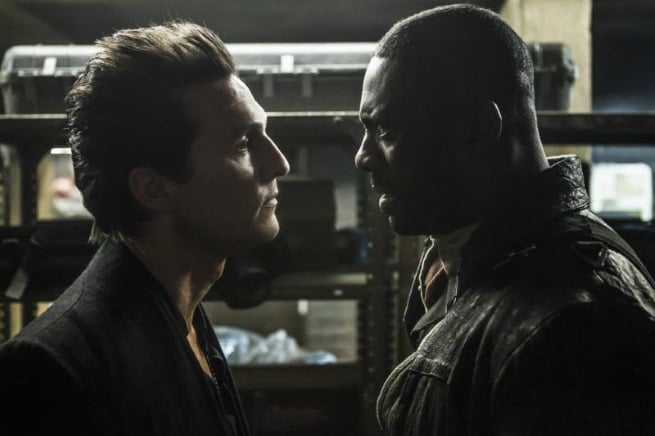 The first poster from Stephen King’s The Dark Tower movie has been released via his Twitter.

Pilgrim, there are other worlds than these. Come with us on the adventure. #DarkTowerMovie pic.twitter.com/0h0UnMq39i 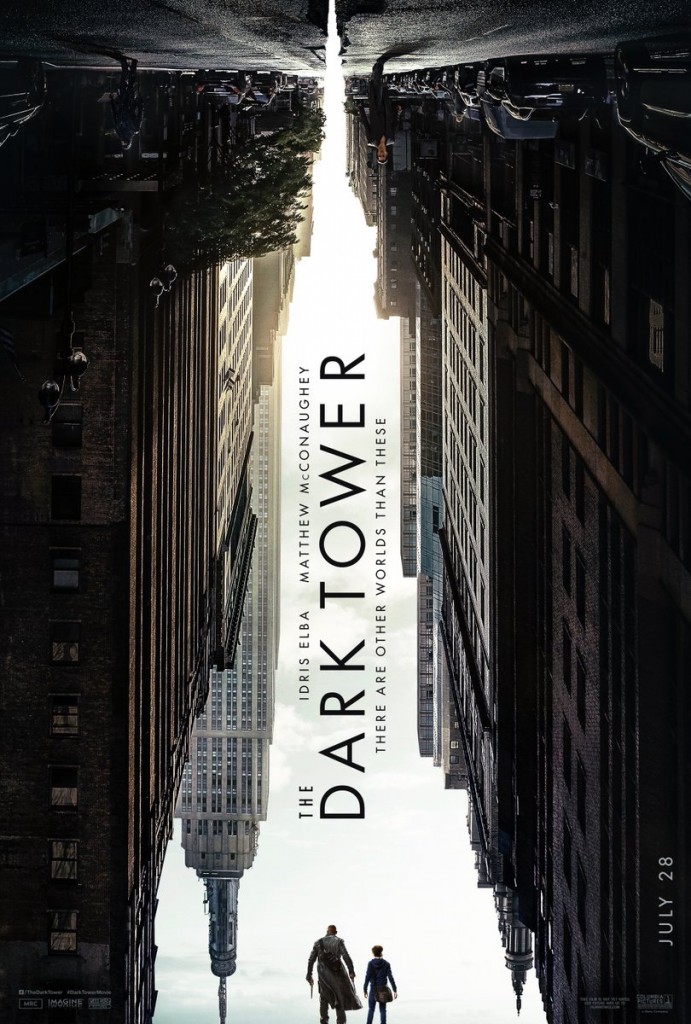 The film is based on the popular sci-fi series with a western vibe. The poster looks really cool. Everything is upside down and narrows as it nears the top. It also reminds me a little bit of Inception in the way its set up.

The Dark Tower series tells the story of Roland Deschain, Mid-World’s last gunslinger, who is traveling southeast across Mid-World’s post-apocalyptic landscape, searching for the powerful but elusive magical edifice known as The Dark Tower. Located in the fey region of End-World, amid a sea of singing red roses, the Dark Tower is the nexus point of the time-space continuum. It is the heart of all worlds, but it is also under threat. Someone, or something, is using the evil technology of the Great Old Ones to destroy it.

Directed by Nikolaj Arcel, the film will be in theaters July 27, 2018.