As a collector of actual physical media, which I know in this day and age just seems insane, I am a huge fan of Blu-Ray Steelbooks and this Logan one is something I absolutely need to add to my collection.

Revealed by IGN, the Logan Blu-Ray Steelbook features some incredible artwork from Old Man Logan comic illustrator Steve McNiven. In addition to the Blu-Ray and DVD, it also features a third disc for the Logan Noir black and white version of the film. The Blu-Ray Steelbook will be exclusively available at Best Buy. Check it out below: 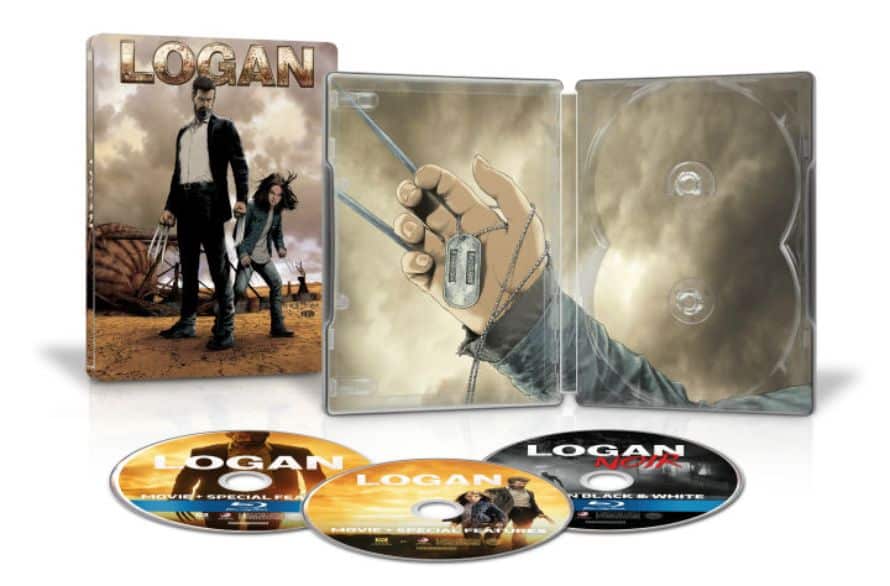 Steve McNiven spoke with IGN about designing the artwork for the Logan cover:

“I knew they wanted to get a flavor of the Old Man Logan stuff that I did, but also to hue to the character, the actor’s likenesses. It was definitely a new skill set that I had to sort of figure out. It was fun.”

“I did a crapload of different designs. Because we were doing the front and the back and an illustration for the inside, at one point we had different designs for the front and the back. There were some characters we added, some we took away and slowly morphed it into what the final product is. It was a pleasant surprise to find people that really knew what they wanted to do and had a cool vision, and at the same time let me do what I do best.”

Own Hugh Jackman‘s last hurray as Wolverine when Logan arrives on Digital HD on May 16th and on Ultra HD, Blu-ray and DVD on May 23, 2017. The Blu-Ray Steelbook will be exclusively available at Best Buy. Wal-Mart and Target will also have exclusive versions of Logan.