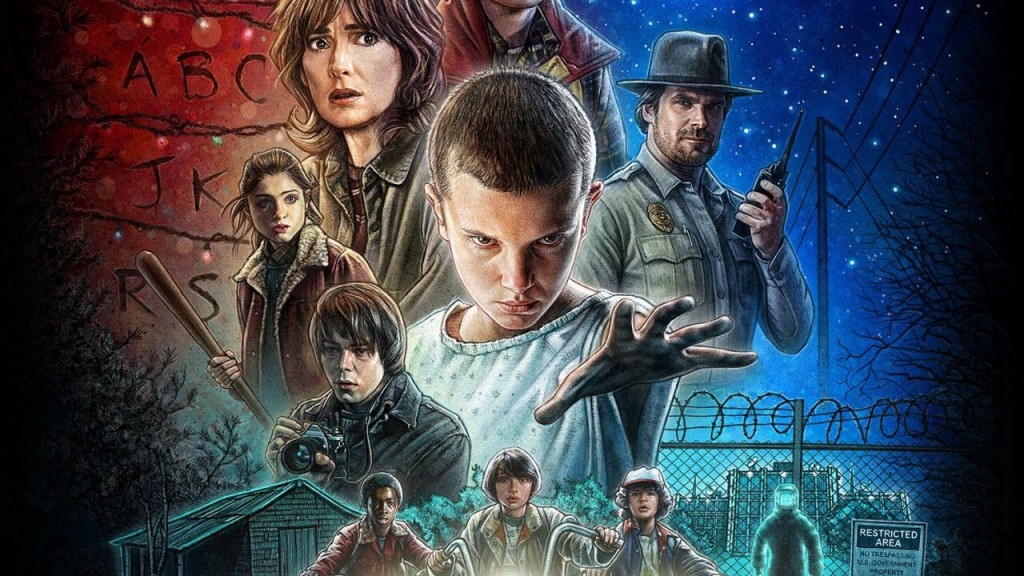 Netflix’s latest sci-fi show feels like a mix of everything that scared us when we were kids. Stranger Things is a carefully crafted supernatural tale with something for everyone. The best way to describe the show would be a blend between the minds of Steven Spielberg and Stephen King, which comes as no surprise as the titular font is also inspired from different Stephen King paperback covers.

Interestingly enough the Duffer Brothers revealed in an interview with THR that they originally asked for a shot at remaking the iconic Stephen King mini-series, IT.

“We asked, and that’s why we ended up doing this, because we’d asked Warner Brothers. I was like, ‘Please,’ and they were like, ‘No.’ This was before Cary Fukunaga. This was a long time ago.

“When we asked to do it was before, then he got on it afterwards because he’s established. So, he got on it and we were excited just because we’re huge fans of what he does, and one of the few people who hasn’t made a bad movie. So, that was exciting to us, but also, we were seeing trailers for True Detective, we’re like, ‘I kind of want to see. How do you do It in two hours? Even if you’re separating the kids, how do you do that right?’ You don’t really fall in love with them the same way you’re going to when I read that book. “

“There were a lot of different discussions we were having around this time, and a lot of it centered around how exciting TV was becoming and how cinematic it was. Certainly one of those discussions brought us back to It and how we wish it was an eight- or ten-hour miniseries.”

“It’s like, ‘Could you be truer to the sensibilities of IT if you had eight or ten hours?’ We thought that you probably could more than if you were confined to two hours. At least that’s how we made ourselves feel better about not getting the movie adaptation. We still would have done it, obviously. I’m really excited about that movie. I think it will be cool.”

The widely acclaimed success for the Duffer Brothers proves that even if a door closes, Stranger Things can lead to another one opening.