With less than a month to go until the movie opens in theaters, Entertainment Weekly have revealed the first details from their upcoming Suicide Squad-themed issue. There are four individual covers, giving us new looks at Jared Leto as the Joker alongside Margot Robbie’s Harley Quinn, Will Smith as Deadshot and Joel Kinnaman as Rick Flag with Cara Delevingne as the Enchantress and the rest of the characters of the movie.

Speaking with the magazine, director David Ayer discussed the hype surrounding the movie and the pressure he’s feeling now that we’re getting close to its release:

“Two years ago ­Suicide Squad was a tertiary [DC property]. No one knew anything about it. It was a cool little playground, and I was going to go make my movie. Now it’s like the hype bus. All of the attention has swung onto it, and it has to carry a lot more weight than it was ever intended to. I think it can sustain it. But it’s a lot of pressure. You definitely feel the pressure.”

You can check out the four covers below, plus click here to head over to Entertainment Weekly to learn more about Joker’s role in the movie and some cool story details. 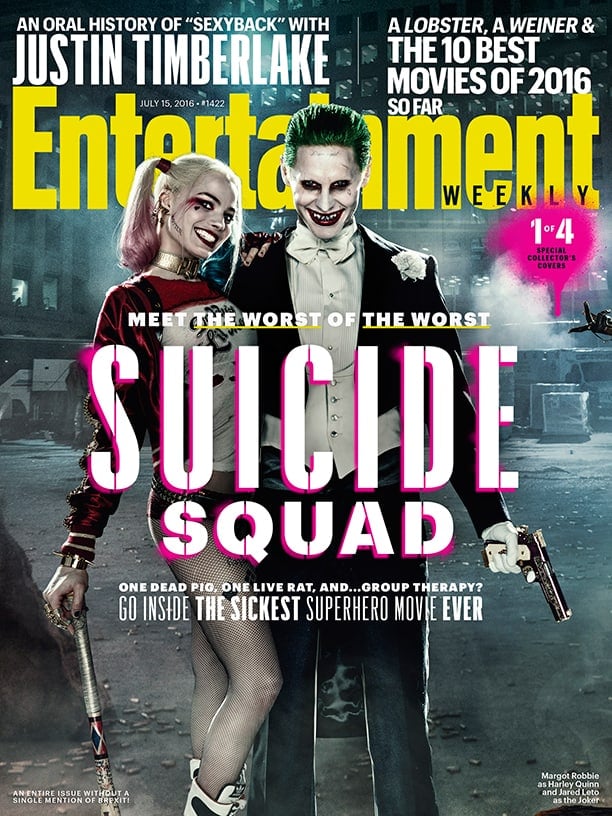 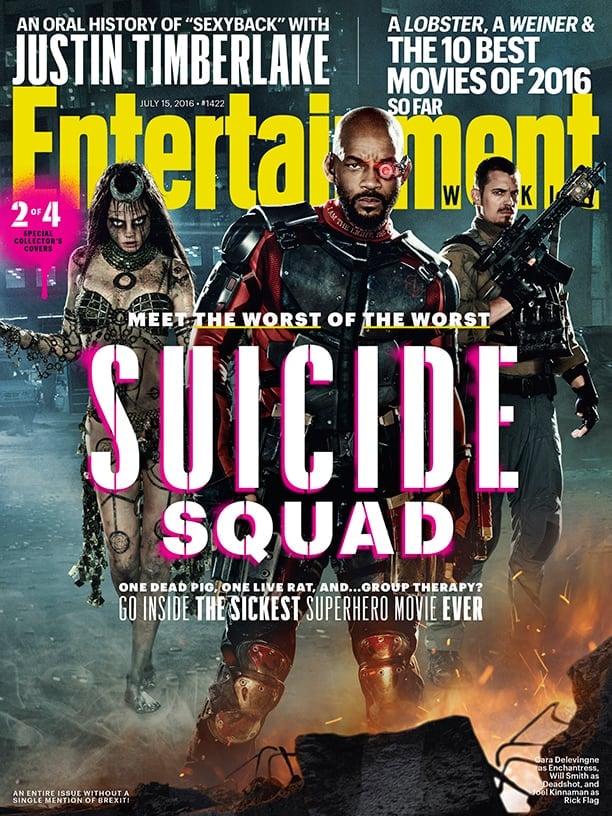 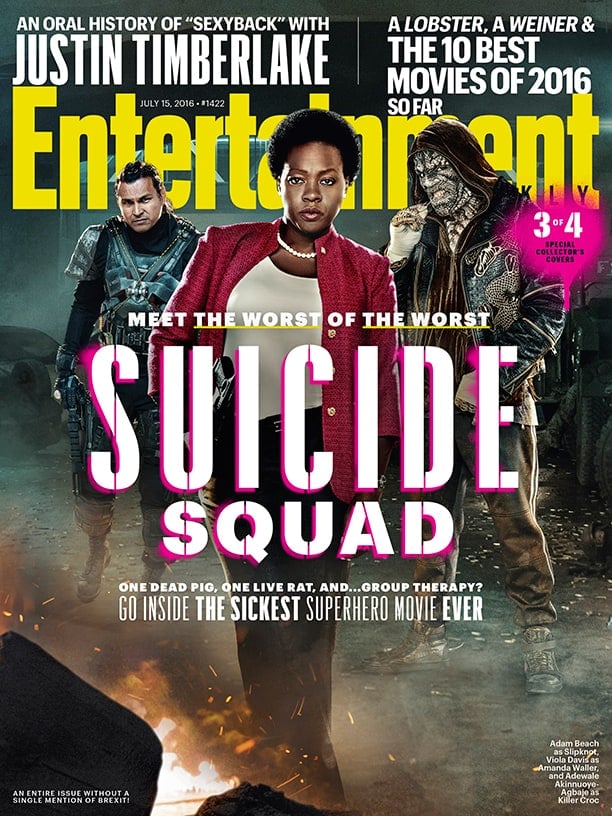 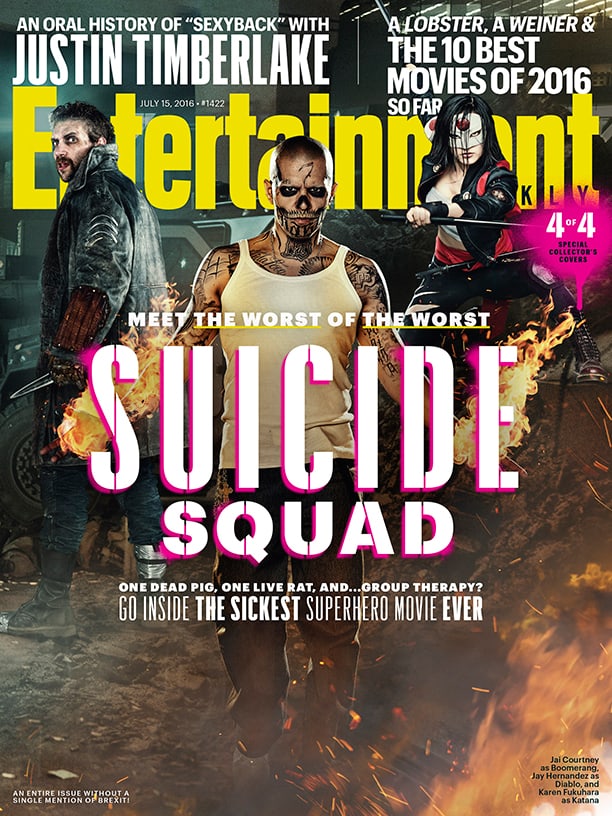