A new behind-the-scenes image of Margot Robbie on the set of Suicide Squad reveals a new and different costume for Harley Quinn. One that did not appear in the film and is probably a part of a deleted scene.

Suicide Squad is nominated for an Oscar for best makeup and hairstyling. The image below ran in the China Times in an article regarding the Academy Awards. Ironically, the newspaper featured an image from the film of Robbie as Harley Quinn even though David Ayer’s film was banned from playing in any of China’s theaters. 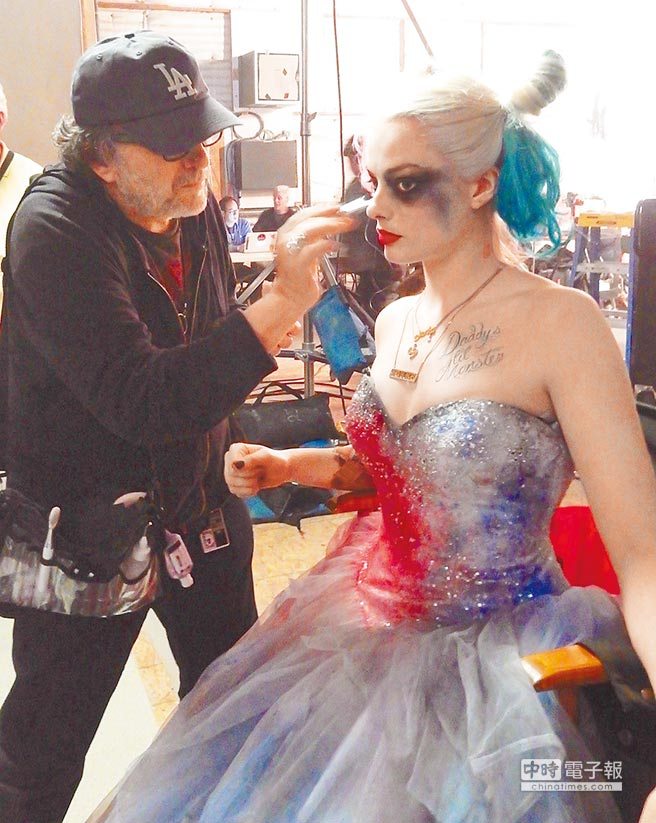 The photo has Margot Robbie dressed up in a gown, the top half is spray painted red and blue. The film did have a sequence where Harley and the Joker were enjoying some domestic time with each other, but it’s not clear where this particular outfit might have fit into the sequence. Perhaps it was supposed to be in another scene altogether. We may never know.

Assemble a team of the world’s most dangerous, incarcerated Super Villains, provide them with the most powerful arsenal at the government’s disposal, and send them off on a mission to defeat an enigmatic, insuperable entity.  U.S. intelligence officer Amanda Waller has determined only a secretly convened group of disparate, despicable individuals with next to nothing to lose will do.  However, once they realize they weren’t picked to succeed but chosen for their patent culpability when they inevitably fail, will the Suicide Squad resolve to die trying, or decide it’s every man for himself?

Suicide Squad: Extended Cut is now available to own on DVD and Blu-Ray.