We got to see a pretty cool poster and banner for David Ayer’s Suicide Squad earlier this week, but now Warner Bros. (via USA Today) has debuted the awesome IMAX poster for the movie, which portrays the members of the Task Force X as… cereal. The poster features a bowl of cereal full of the skull logos for each individual member of the team. I wonder if we’ll get actual cereal that looks like this. What do you guys think? You can check out the poster below and sound-off your thoughts in the comment section. 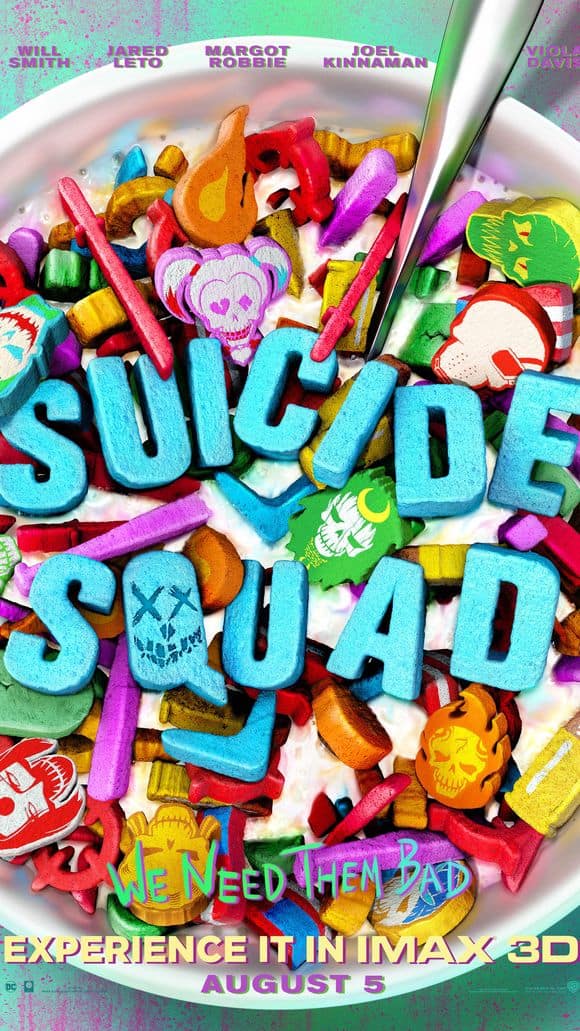