We’re roughly only a month away from the highly-anticipated DC film hitting theaters and promotion for Suicide Squad is definitely in full swing at the moment. We’ve seen a number of new posters featuring the film’s character and now La Cosa Cine, an Argetina based film & television magazine, has just debuted their Skwad themed covers for their July issue.

While one of the covers might feature an image we’ve already seen before of Jared Leto’s ‘Joker’, the other is covered by an awesome new shot of ‘Task Force X’ assembled. Check out the two images below and let us know what you think about them in the comments section afterwards. 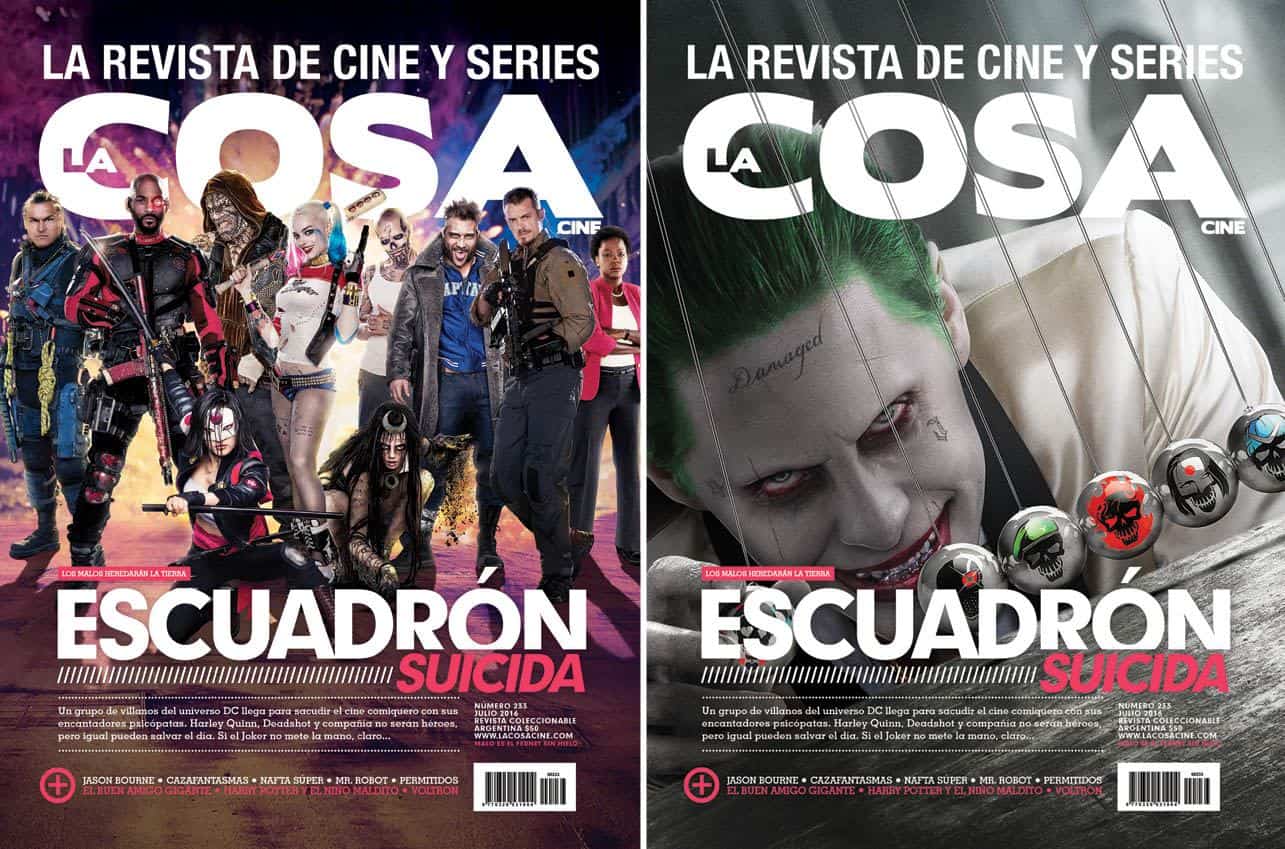