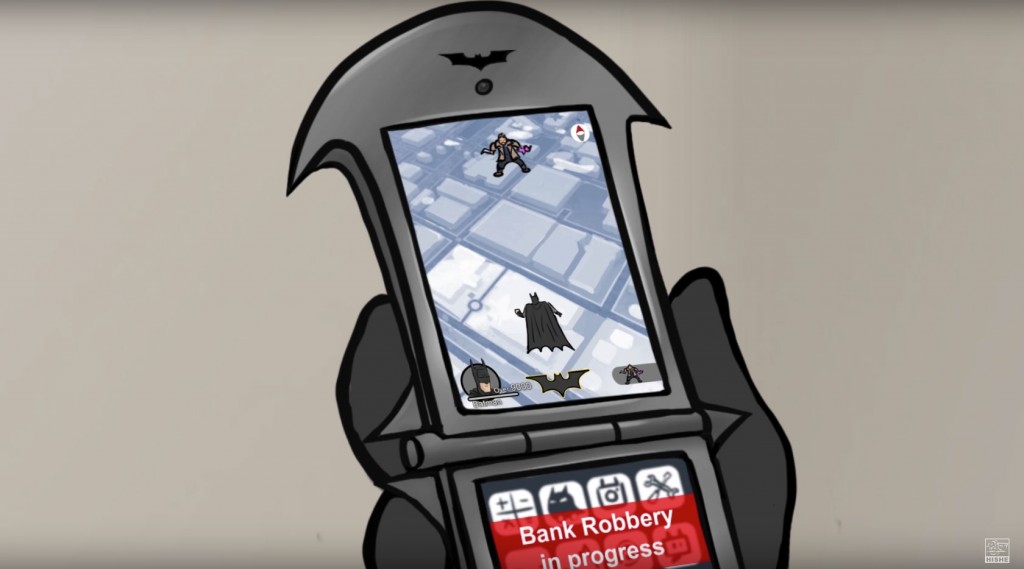 Why doesn’t Bruce Wayne play Pokemon GO? Well, because he’s Batman, duh. In the latest installment of the YouTube series Super Cafe, the Man of Steel is seen trying to show The Dark Knight just why Pokemon GO is such a cool game. He even catches a Bulbasaur (who he names Bulbafett, by the way) on Bruce’s shoulder. As expected, Bruce seems less than enthusiastic with the idea of a grown man playing what he sees as a child’s game, and shows Superman his own special version of Pokemon GO, aptly named Batman GO.

Batman has good reason for not taking the game very seriously, however, as he explains to Superman that he already spends his time roaming his city looking for monsters – aka Batman’s rogue gallery. Both Wonder Woman and Captain Boomerang make cameo appearances.

Check out the hilarious video down below:

Poor Superman, never being able to hatch his egg because he flies too fast. At least he doesn’t have to worry about catching The Joker on a regular basis, like his buddy Bruce. I also think Superman was right about Batman’s team; he would definitely be Team Mystic. Also, Bats, not all Pokemon are fuzzy. Let’s not generalize here.

Did you like the latest installment of Super Cafe? Make sure to let us know below in the comments.