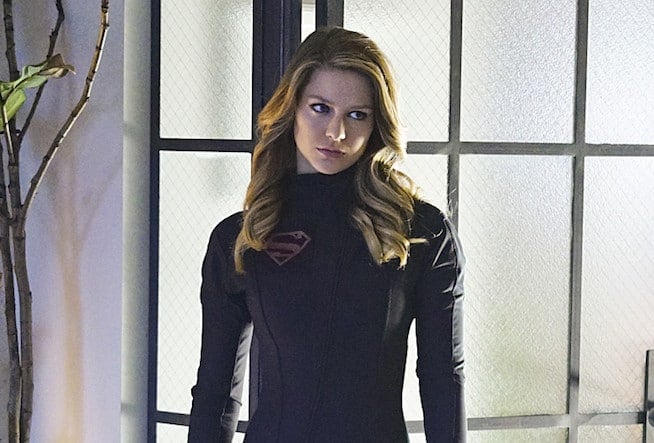 It looks like Red Kryponite strikes again, and this time Supergirl is the one getting a costume change.

In the upcoming March 14 episode, titled “Falling,” Kara will unfortunately turn on her friends and the citizens of National City after being exposed to Red Kryptonite. Fans wont be surprised to know that this will not make her dangerous, but her attitude will make her want to get a new costume to reflect her new view on life.

Fans of the show will instantly notice that the new costume that actress Melissa Benoist will be sporting is non other than the Kryptonian military garb worn by Astra and her legions of Phantom Zoners on the show.

Check out the gallery below:

Here is the official synopsis of “Falling” from CBS:

“Falling” — Kara (Melissa Benoist) turns on her friends and the citizens of National City after being exposed to Red Kryptonite makes her malicious and dangerous.