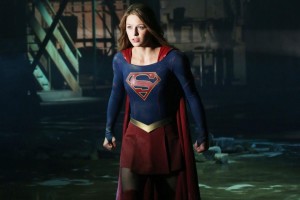 Even though the first season finale ended on a cliffhanger, there still hasn’t been a confirmed renewal for the second season of CBS’s Supergirl show. The show premiered this past October to strong ratings (13 million viewers) but have since decreased as the show went through its freshman season. CBS president Les Moonves said that the network was pleased with its ratings this past month, but since then had not announced a renewal for the show.

Part of the drama is related to the hefty cost associated with the show. The show costs approximately $3 million per episode to produce, making it one of the more expensive first year shows for the network to produce. The decline in ratings is making the justification for production costs a little difficult.

As negotiations for the second season continue between CBS and Warner Brothers, one option may exist for the show to move to the CW, since it already is a joint venture between Warner Bros and CBS. CW already has been successful with other superhero shows like The Flash, Arrow, and Legends of Tomorrow. The Supergirl crossover episode “Worlds Finest” with The Flash guest-starring saw a ratings increase of 31% for that episode. The move to The CW would require a reduction in the budget for the show. There has been no official comment from CBS or CW on the potential move to The CW.

CBS is announcing their fall schedule within 2 weeks, so the deal will need to be hammered out soon.