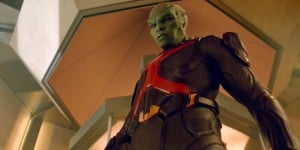 ‘Supergirl’ will return after a short break on March 21st. One of the biggest surprises of DC’s TV superhero empire was the reveal that Supergirl’s suit-and-tie government associate Hank Henshaw was secretly the Martian Manhunter, J’onn J’onzz, complete with a shockingly faithful costume. But now, with the upcoming episode ‘Manhunter’, we get to learn how Kara Danvers’ father, Jeremy (Dean Cain), came to know J’onn J’onzz, as well as how J’onn Jonzz adopted another snazzy alliterative pseudonym.

Here’s the synopsis revealed by the network:

It’s incredible to think that a network as huge as CBS is freely name-dropping DC favorites like J’onn Jonzz, let alone giving him nearly his own episode. After ‘Smallville’, ‘Man of Steel’, and ‘Supergirl’ itself, I’ve had my fill of Kryptonian lore for now; I’m ready for the Martian. Plus, we’re in for plenty of new insights into these characters, who seem especially prone to keeping family secrets from each other. 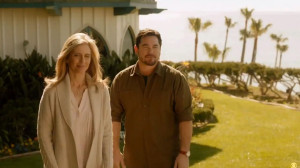 Dean Cain’s had his fill of Krypton, too, after playing Superman in the fan-favorite television series ‘Lois and Clark: The New Adventures of Superman’. The Berlanti-verse has always paid homage to their television predecessors, such as another former Flash playing Barry Allen’s dad on The CW. Not to mention, Dean Cain’s been a huge fan of Superman ever since, and I can’t wait to see his spot-on casting at work.

‘Supergirl’ returns with its seventeenth episode on Monday, March 21st at 8/7 c on CBS.

What do you’ll think we’ll learn in this secret origin of Hank Henshaw? Let us know in the comments below!