Warner Bros. Home Entertainment and DC Entertainment announced the release date and special features for Superman: Red Son, which will include a preview of the animated film titled Justice League Dark: Apokolips War.

Warner Bros. next entry in the DC Universe Animated Movie franchise will be an adaptation of the classic Elseworlds story Superman: Red Son, which will be available on Digital HD starting February 25 before being released on 4K Ultra HD, Blu-ray, and DVD on March 17, 2020.

The 4K Ultra HD Combo Pack will cost $39.99 US while the digital and Blu-ray combo pack will retail at $24.98 US. Included with the home media release will be a selection of special features, including an animated story titled Phantom Stranger and a preview of the next  DC Universe Animated Movie Justice League Dark: Apokolips War.

You can read the list of special features for Superman: Red Son below!

Are you going to pick up a copy of Superman: Red Son? Are you excited to see the preview for  Justice League Dark: Apokolips War? Let us know below!

You can also check out the cover art for Superman: Red Son below! 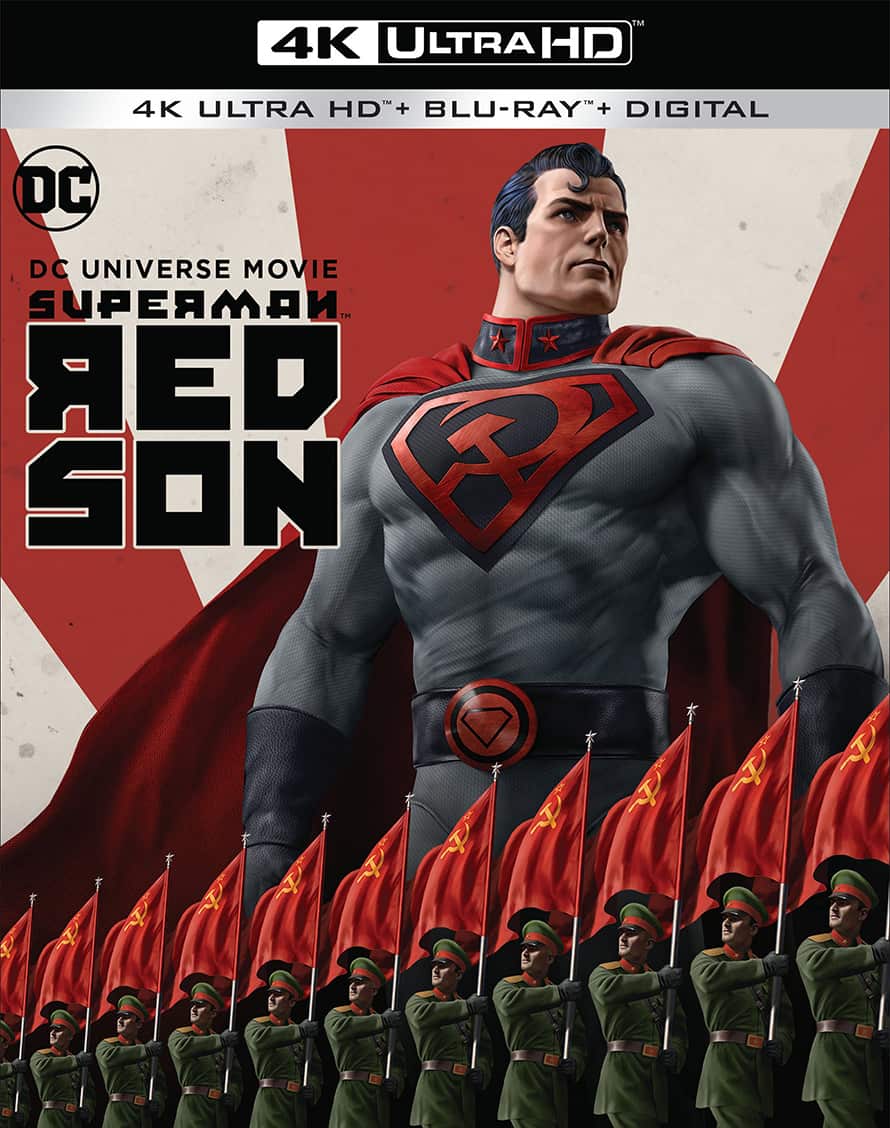 Here is the official synopsis for Superman: Red Son:

Based on DC’s famed Elseworlds tale from 2003, Superman: Red Son takes place in an alternate reality where the spaceship bearing the last survivor of Krypton crash lands – not in rural Kansas, but in Stalinist Russia. Can this Cold War-era Earth survive the coming of a Soviet Superman?

Stay tuned to Heroic Hollywood for the latest news on Superman: Red Son and Justice League Dark: Apokolips War as it develops!