Like Alan Moore’s Watchmen; which featured President Nixon, Doomsday Clock delved into political subtext by including the Russian president in the eighth issue of the series. In the issue, Putin holds a press conference after Firestorm turned some Russians citizens into glass and declared it an act of war from the United States. Superman goes on to interrupt Putin’s press conference to plead with him. 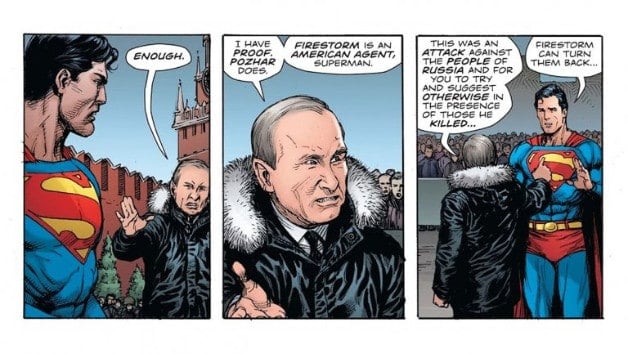 Patrick Wilson Says ‘Watchmen’ Has One Of The Best Opening Credits

Lindelof created and wrote the series and also serves as an executive producer alongside Nicole Kassell, Tom Spezialy, Stephen Williams, and Joseph Iberti. Trent Reznor and Atticus Ross will compose the score for the show.

DC’s Doomsday Clock #8 is available in comic book stores and on digital today!