Supernatural star Jensen Ackles has long been the fan-favourite to bring Red Hood to life in a live-action DCEU movie. There aren’t any plans for Jason Todd/Red Hood to join the DCEU anytime soon, but with artwork like this, it’s hard to imagine that Warner Bros. and DC execs aren’t paying attention to the fan outcry.

Beyond that, Supernatural star Jensen Ackles has already solidified himself as a worthy Jason Todd/Red Hood as he voiced the villainous DC Comics character in the 2010 animated film Batman: Under The Red Hood. Jensen Ackles received critical acclaim for his portrayal of Jason Todd, which is one of the prime reasons fans have been throwing his name out as a potential live-action Red Hood. 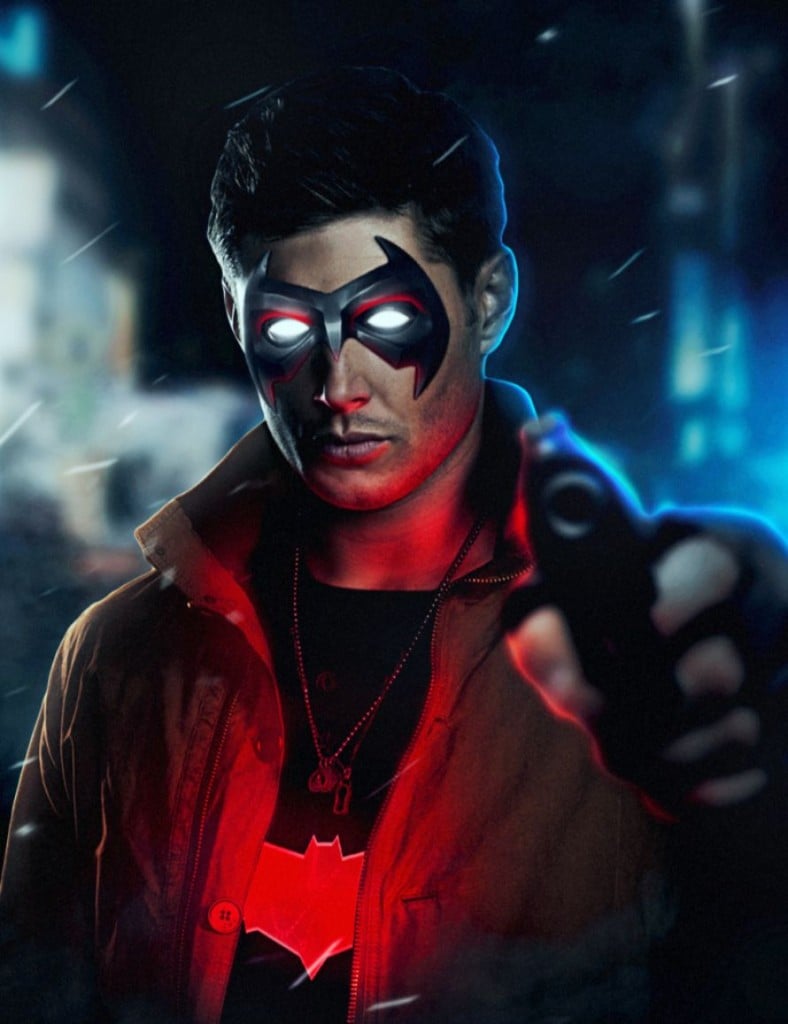 What do you make of this artwork of Jensen Ackles as Jason Todd?  Do you think Supernatural star Jensen Ackles would make a good Red Hood? Or would you rather see Titans star Curran Walters remain as the only live-action Jason Todd for the time being? Sound-off your thoughts in the comments section!

Jensen Ackles can currently be seen in the final season of Supernatural, which airs Thursday nights at 8 p.m. on The CW. Meanwhile, Red Hood fans can see Curran Walters as Jason Todd in the second season of Titans, which is streaming on DC Universe.