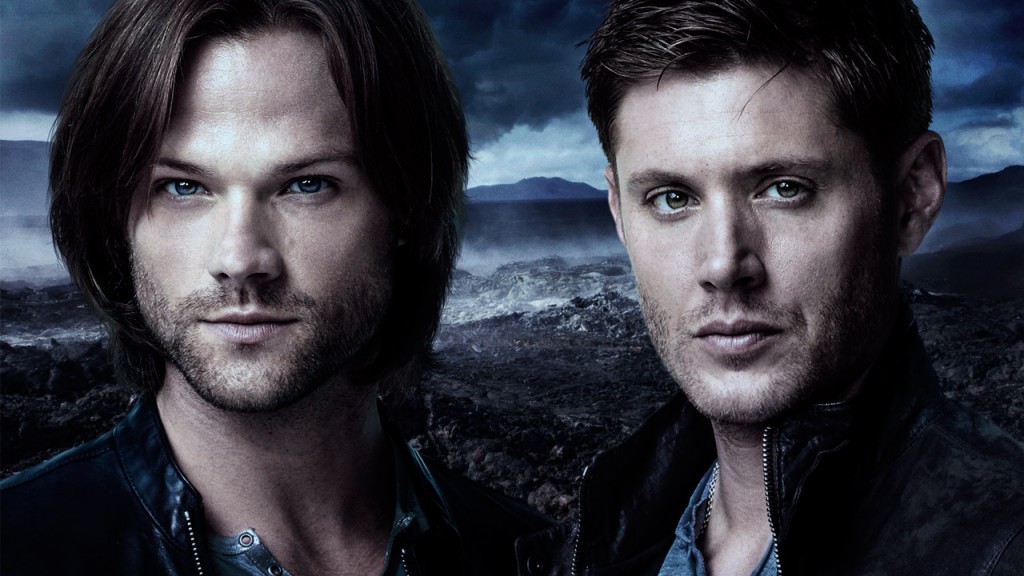 With mega-hit Supernatural‘s 12th season fast approaching, the CW have not only released a new look at the show with a fancy new poster, but also with an awesome looking promo, both of which you can check out below. 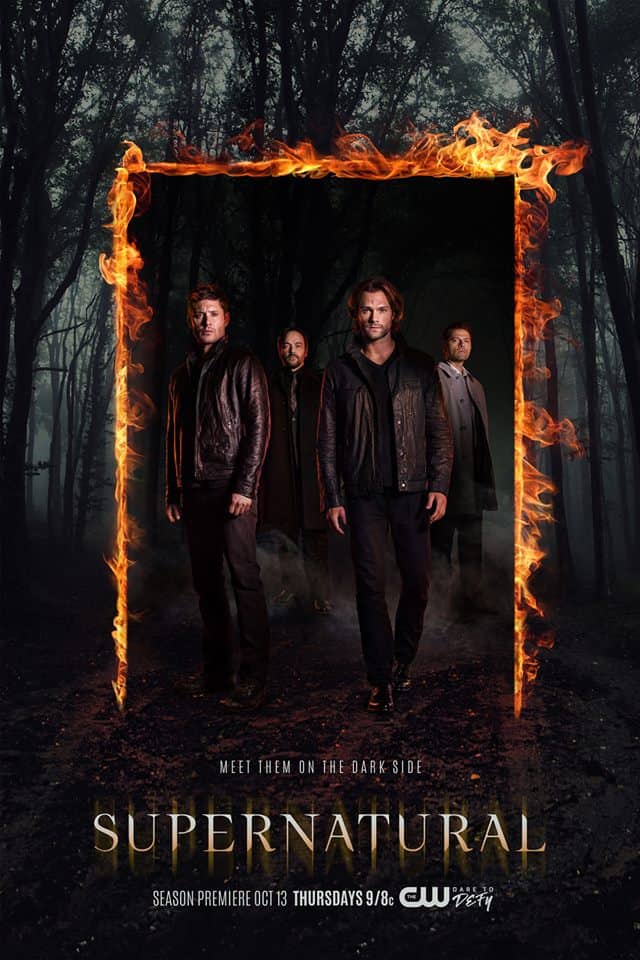 Let’s start by looking at the poster. It features the main cast standing in some kind of fiery doorway, and has the tagline ‘Meet them on the dark side’. While this could mean many a thing, some things that first spring to mind include a return to purgatory (based on the forest background) or maybe a new location, such as another realm not yet visited or the English branch of the Men of the Letter’s base of operations. Or perhaps it just looks cool.

The short promo is entitled ‘Getting Sam Back’, suggesting that the main focus of the season’s first few episodes will be saving Sam from the aforementioned British Men of Letters. The promo also features a look at Winchester brothers’ mother Mary, as well as Lucifer in his new vessel approaching Crowley. We know that Cas is on the hunt for Lucifer at the start of season 12, so this promo makes us wonder how long will it take the angel to find his brother.

While this is all we know at the moment, we can stop speculating and start finding out answers when Supernatural returns to the CW on Thursday October 13th.