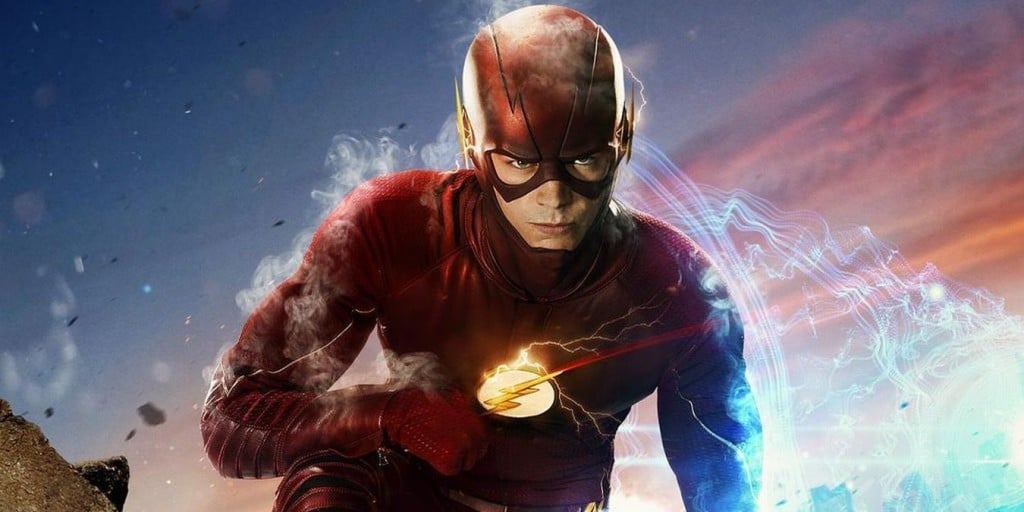 We’ve known for a while now that Season 3 of the CW show The Flash would, at least in part, focus on the Flashpoint arc from the comics. We’ve even seen what the new world that Barry created through his actions in the Season 2 finale looks like in the SDCC trailer. Now we’ve been treated to an official synopsis for The Flash‘s third season, which you can read below.

Until recently, 26 year-old Barry Allen (Grant Gustin) lived a normal life as a perpetually tardy C.S.I. in the Central City Police department. He was secretly in love with his best friend, Iris West (Candice Patton), daughter of Barry’s surrogate father, Detective Joe West (Jesse L. Martin). Joe adopted Barry fifteen years ago after Barry’s mother was murdered and Barry’s father, Henry Allen, received a life sentence for the crime – though Barry always maintained that a mysterious “Man in Yellow” was responsible. Then the S.T.A.R. Labs Particle Accelerator exploded, creating a dark matter lightning storm that struck Barry, bestowing him with superspeed and making him the fastest man alive. But Barry wasn’t the only person who was given extraordinary abilities that night. The dark matter also created meta-humans, many of whom have wreaked havoc with their powers on the city. With the help of his scientist friends at S.T.A.R Labs, Caitlin Snow (Danielle Panabaker), Cisco Ramon (Carlos Valdes), and Dr. Harrison Wells (Tom Cavanaugh), Barry began a journey as The Flash to protect the people of Central City from these powerful new threats. With this team, Barry was finally able to defeat the Man in Yellow, aka The Reverse Flash, but in their epic battle, a Singularity was ripped in space and time that threatened to destroy them all.

After successfully closing the Singularity from destroying Central City, Barry thinks he’s seen the worst… but the arrival of Jay Garrick (Teddy Sears) reveals that the Singularity actually opened portals to an alternate Earth, known as Earth-2, which is being terrorized by a formidable evil speedster named Zoom. As Zoom sends an army of Earth-Two meta-humans to Earth-1 to defeat Barry, he receives unexpected assistance from the Earth-Two doppelganger of his former mentor, Harrison Wells. Meanwhile, Cisco discovers that he, too, was affected by the dark matter of the Particle Accelerator and must come to terms with his newfound powers. As Barry struggles to juggle life as a hero, he opens his heart to Patty Spivot (Shantel VanSanten), a spunky detective paired with Joe West, but realizes just how hard it is to find happiness when the lives of everyone you love are at stake. He finds some solace in the companionship of his father, Henry Allen, who was freed from a wrongful life sentence… but when Zoom kills Henry before Barry’s eyes, Barry’s newfound stability is shattered.

Blinded by anger, Barry unwittingly plays into Zoom’s game and uncovers the evil speedster’s true goal: to destroy all Earths in the multiverse. In the race of his life, Barry ultimately gets the upper hand against Zoom and defeats his nemesis. But unable to celebrate victory, Barry makes a world-shaking decision and speeds back in time to the night his mother died to stop Reverse Flash from killing her, irrevocably changing his past and redetermining his future.

Based on the characters from DC, THE FLASH is from by Bonanza Productions Inc. in association with Berlanti Productions and Warner Bros. Television, with executive producers Greg Berlanti (“Arrow,” “Supergirl”), Andrew Kreisberg (“Arrow,” “The Flash”), Sarah Schechter (“Arrow,” “DC’s Legends of Tomorrow”) and Aaron and Todd Helbing (“Black Sails”).

The synopsis is pretty much a summary of the show’s first two seasons, meaning you’ll have to wait till The Flash returns to the CW on Tuesday October 4th to find out more. Until then you can check out the shows comic-con trailer below.