Deadpool shook the world recently when it became the highest earning Rated-R superhero movie of all time and the most profitable comic book film of the year. It was less of a surprise when 20th Century Fox greenlit the sequel, but will lightning strike twice? Well that depends on the handling of the anticipated second film but Rhett Reece and Paul Wernick are hard at work on the script along with director Tim Miller and star Ryan Reynolds so it seems the whole team is back together. Or are they? T.J. Miller took on a supporting role as Wade Wilson’s best friend and owner of the popular mercenary water hole, Sister Margaret’s School for Wayward Girls, Weasel but will he be able to fit Deadpool sequels into his busy schedule? Of course he will! Here’s what he had to say when talking to CinemaBlend recently about the future of Deadpool;

“Deadpool is not going anywhere anytime soon. I think there’s probably going to be three more instalments, a Weasel spin off. I’m contractually obliged to do the cameos in other X-Men universe stuff, so there’s plenty more Deadpool to come.”

T.J. Miller is a great comedic actor, famously riffing and ad-libbing a lot of his lines for Deadpool with Reynolds, so it’s genuinely hard to discern how much of what he says is true and how much is a joke, but it sounds positive regardless.

In the comics Weasel’s character is funded to build his own super suit by the casinos of Las Vegas and becomes The House and in Vegas, The House always wins. At least until Deadpool shows up to run awry. This could potentially be where a Weasel spin-off would go, that or a prequel explaining how he fell into that particular line of work. T.J. Miller clearly knows the character well as he went on to discuss a spin-off’s potential;

“I’m excited about the prospect of a Weasel spin-off, because he makes this super suit, that’s not great and it’s a superhero in Las Vegas [that] protects casinos. I mean, it just, everything about it is perfect for me… What if the Iron Man suit was sort of budget, like he can’t fly, but he can hover three or four feet.” 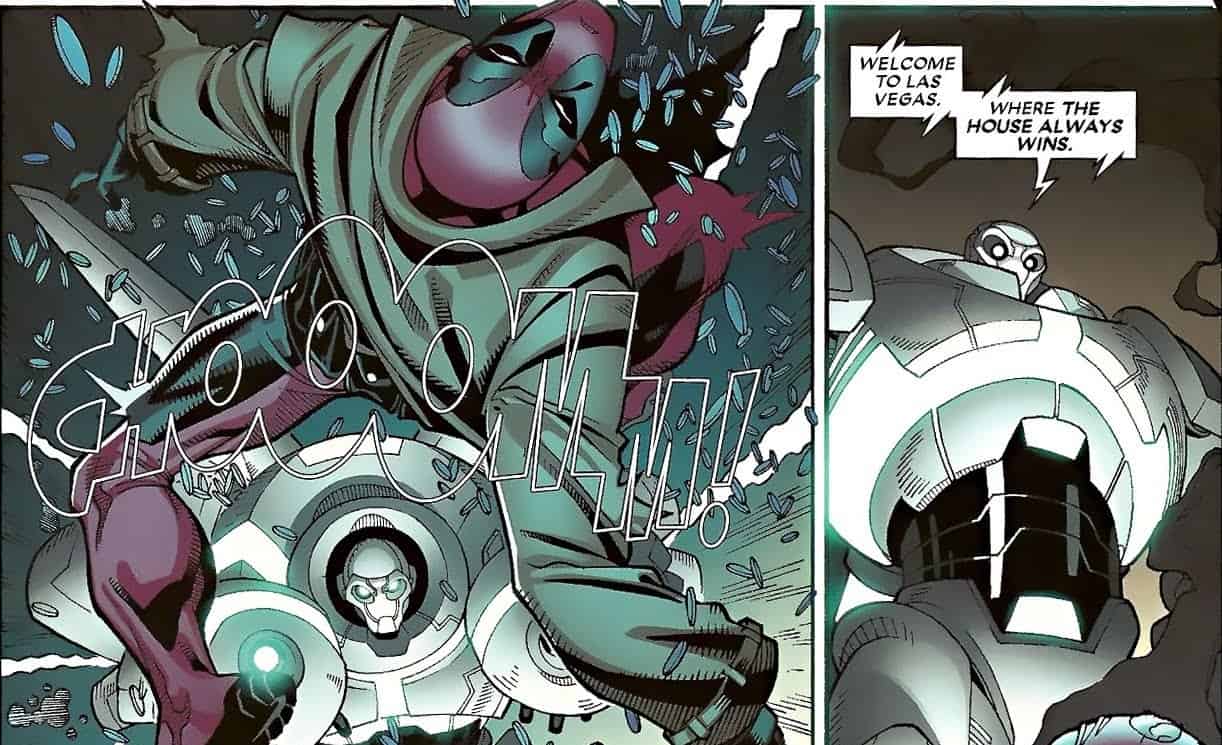 Given that Deadpool was so faithful to it’s source material, it would be interesting to see how faithful this spin-off could be. We’ll have to wait and see if T.J. Miller pops up in any X-Men cameos but until then you can grab Deadpool on Blu-Ray & DVD now and X-Men Apocalypse will be in theatres May 27th.