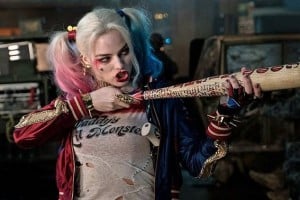 Among the fans excited for the prospect of a Harley Quinn solo film was actress Tara Strong, the voice of Harley Quin in the animated films and Arkham Games.

Strong has voiced a multitude of characters alongside Harley Quinn including Timmy Turner in The Fairly Odd Parents, Bubbles in The Powerpuff Girls, Raven in Teen Titans GO, Batgirl in the upcoming Killing Joke, and Twilight Sparkle in My Little Pony.

I just wanna make a @RealStanLee cameo, like bring those hotties coffee https://t.co/pWCf2o2IYI

Strong’s name is heavily attached to Harley’s character, with many hoping she would have been cast as the character for Suicide Squad. The rumored Harley spin-off reportedly won’t be a Harley solo film, but it would be a fun easter egg to have Strong cameo. Other characters mentioned to play a role in the Harley spin-off include Batgirl and the Birds of Prey, to make for a full female DC hero and villain cast. Strong having also voiced Batgirl, is very familiar with these characters.

Harley Quinn’s first film appearance will be in Suicide Squad, which releases on August 5th.

“It feels good to be bad… Assemble a team of the world’s most dangerous, incarcerated Super Villains, provide them with the most powerful arsenal at the government’s disposal, and send them off on a mission to defeat an enigmatic, insuperable entity. U.S. intelligence officer Amanda Waller has determined only a secretly convened group of disparate, despicable individuals with next to nothing to lose will do. However, once they realize they weren’t picked to succeed but chosen for their patent culpability when they inevitably fail, will the Suicide Squad resolve to die trying, or decide it’s every man for himself?”