Well, while that “other” cover that popped up last week turned out to be a fake, these four definitely aren’t. Entertainment Weekly has just unveiled the covers of their “Summer Preview” issue and it features ‘Team Cap’ squared off against ‘Team Iron Man’ ready to throw down. We’re only a few weeks from the film that many are dubbing “Marvel’s biggest and best yet” and these covers might just make the wait a little bit harder for most of you. Check them out below and let us know whose side you’re on in the comments section afterwards. 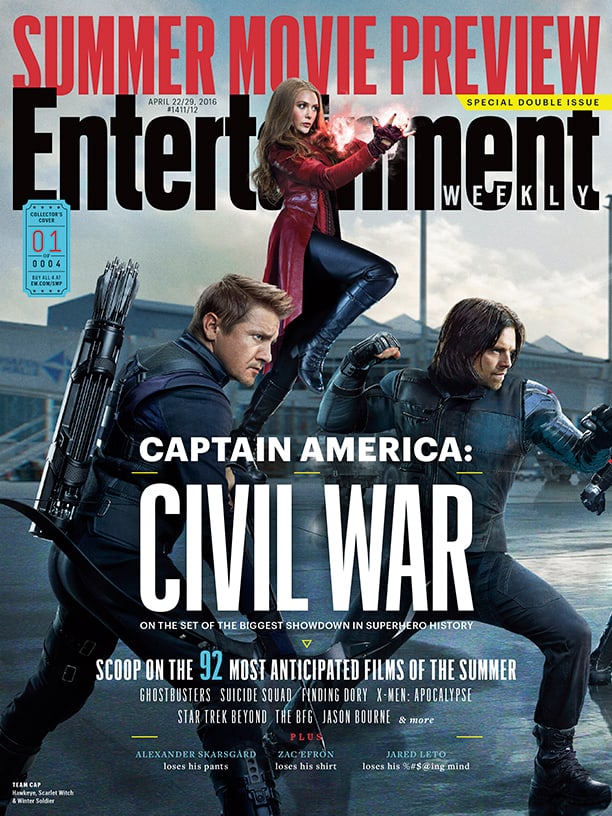 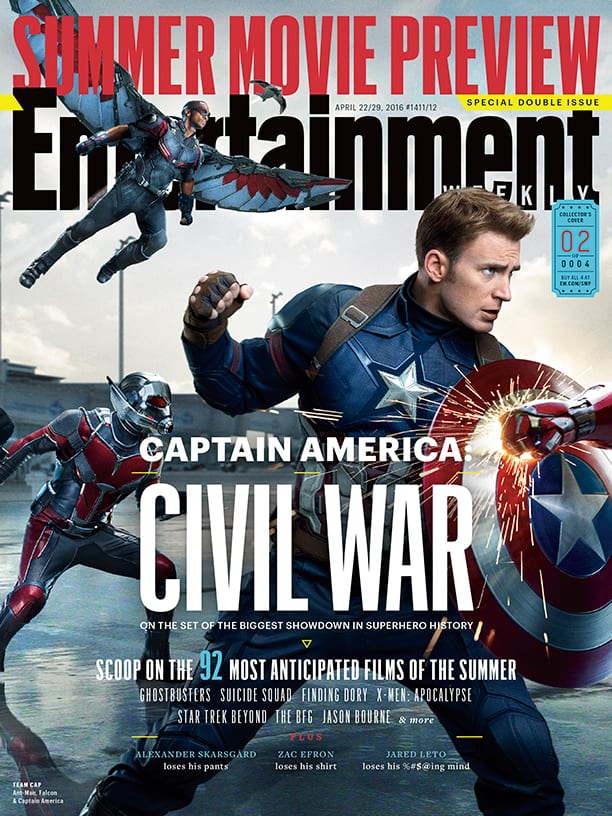 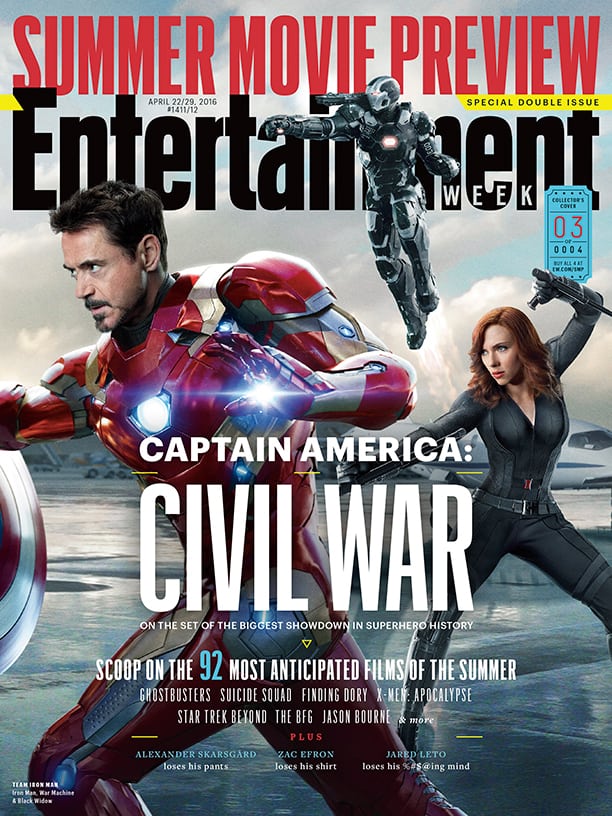 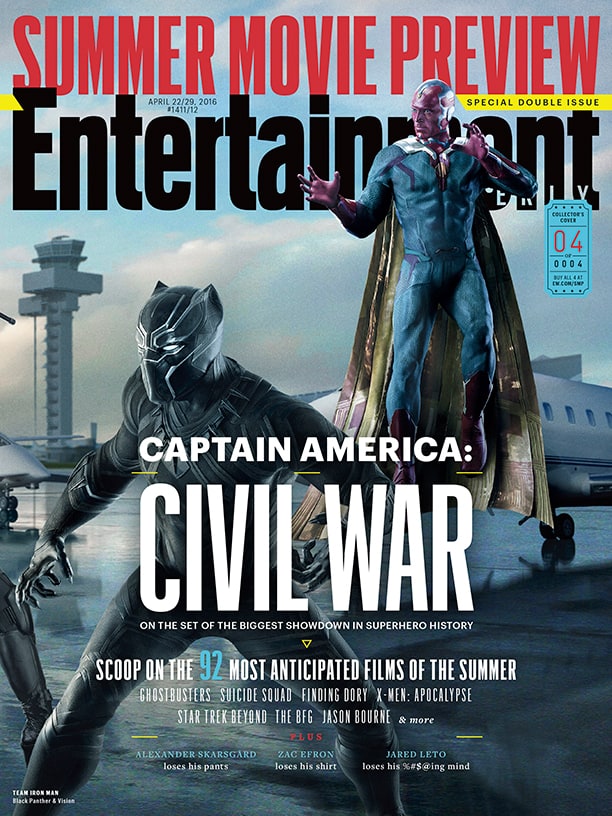 “Marvel’s “Captain America: Civil War” finds Steve Rogers leading the newly formed team of Avengers in their continued efforts to safeguard humanity. But after another incident involving the Avengers results in collateral damage, political pressure mounts to install a system of accountability, headed by a governing body to oversee and direct the team. The new status quo fractures the Avengers, resulting in two camps—one led by Steve Rogers and his desire for the Avengers to remain free to defend humanity without government interference, and the other following Tony Stark’s surprising decision to support government oversight and accountability.”